Corporations love to give money to politicians who look out for the interests of corporations. Hillary Clinton, for example, has accepted tons of campaign donations from some of the most hated corporations in Americans over the course of her political career.

Harris Poll, a marketing research firm, has published its annual list of the "most visible" American corporations, ranked by reputation. By sheer coincidence, the bottom half of the list happens to include a number of the same companies found on the list of Hillary Clinton’s top corporate donors over the years. 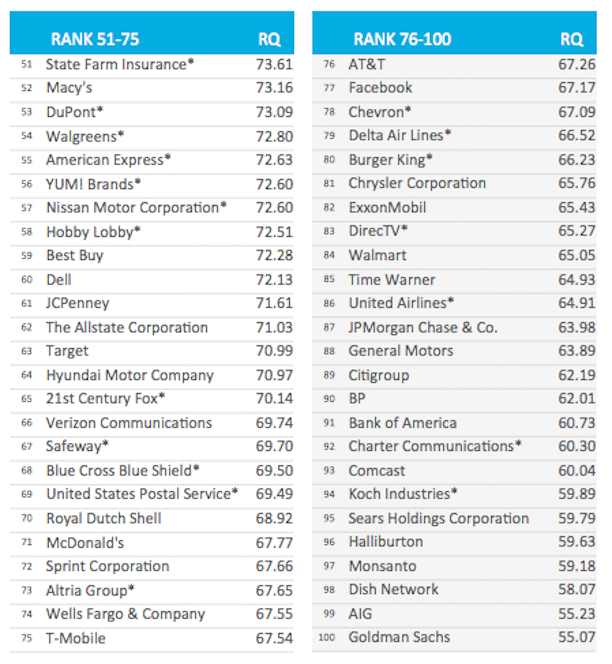 Goldman Sachs, for example, ranks dead last for reputation, and is the second largest  corporate donor to Hillary Clinton. Her top corporate donor, Citigroup, ranks 89th out of 100. Her fourth largest donor, JP Morgan Chase, came in 87th. Other Clinton donors making the list of companies held in poor esteem by the public include Time Warner (85/100) and 21st Century Fox (65/100). Collectively these companies have given more than $2.8 million to Clinton's campaigns. 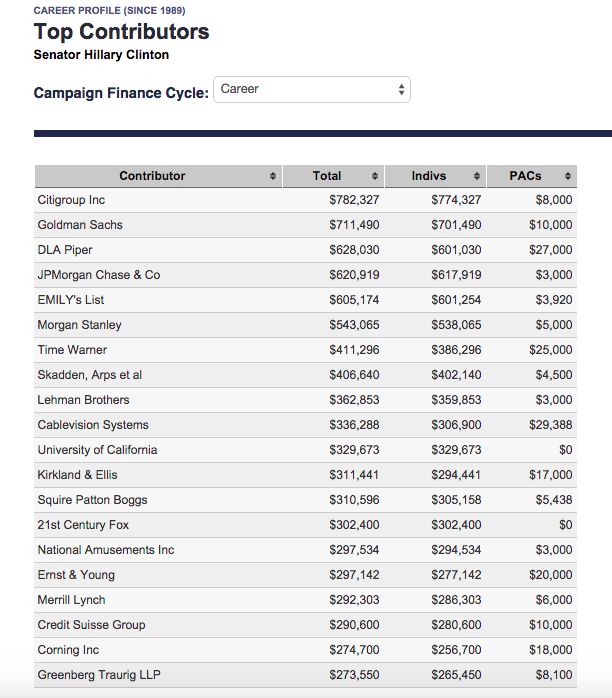 It's worth noting that a majority of the remaining Clinton donors that do not appear in the Harris Poll ranking are either Wall Street banks or lobbying firms, institutions that have some of the worst favorability ratings in the country.

Are you ready, America?