Remember Hillary Clinton? The prominent grandmother and public speaking titan who made history in 2016 by becoming the first presidential candidate to lose to an opponent who a) had zero political or military experience and b) used the world "schlong" as a verb in a stump speech? She's making headlines again.

Some people remember Clinton more fondly than others, mainly the people she paid to work on her 2016 campaign, which was the second of two failed attempts. A few former aides are really cheesed off about some of the gossipy nuggets in Shattered: Inside Hillary Clinton's Doomed Campaign, a new book that portrays the campaign as "a Titanic-like disaster: an epic fail made up of a series of perverse and often avoidable missteps by an out-of-touch candidate and her strife-ridden staff that turned ‘a winnable race' into ‘another iceberg-seeking campaign ship.'"

Like a cadre of ‘tweens accused of not making any friends at summer camp, former Clinton aides Nick Merrill, Philippe Reines, and Jennifer Palmieri have been mining their photo libraries for what they believe is proof that Hillary was a relatable, charismatic candidate who had regular human interactions with her maniacally enthusiastic staff.

Another terrible day of arguments and tension on the trail… pic.twitter.com/snJlMUZ3Gd

She ran a "really special campaign" full of intimate moments and matching blazers and laughter on planes.

No idea what's happening here, but I've always wanted to share this beaut of HRC and @NickMerrill that captures her really special campaign. pic.twitter.com/bq8capPYpB

Things were so great, campaign staff were all smiles EVEN after Hillary won the New York primary.

It's hard to believe a campaign that met with (and even employed) so many celebrities would fail to resonate with working class voters in the Midwest.

No idea who the guy in the middle is – but he didn't need to stand on a chair.

And nobody even noticed we forgot to include the candidate! pic.twitter.com/Kb3zf3EF2s

The photo tweet storms seem intended to provide a modicum of joy to the deluded Clinton fans who won't be able to comprehend the general public's annoyed reaction when Hillary embarks on another lucrative corporate speaking junket to promote her next memoir.

However, the pushback from Hillary aides appears to have backfired, raising more questions than answers about the elderly candidate and her failed campaign.

Internet sleuths were quick to notice some unusual details among the tweeted photos.

Consider, for instance, the following image, which was presumably taken on the plane ride to New York City where the campaign was hosting an Election Night "victory" party in a convention hall with a giant glass ceiling.

Hillary, 69, appears to be enjoying the company of her staff while sitting in a plush leather airline seat. Despite the confusing black and white color scheme, at least one online investigator was able to highlight an interesting detail. 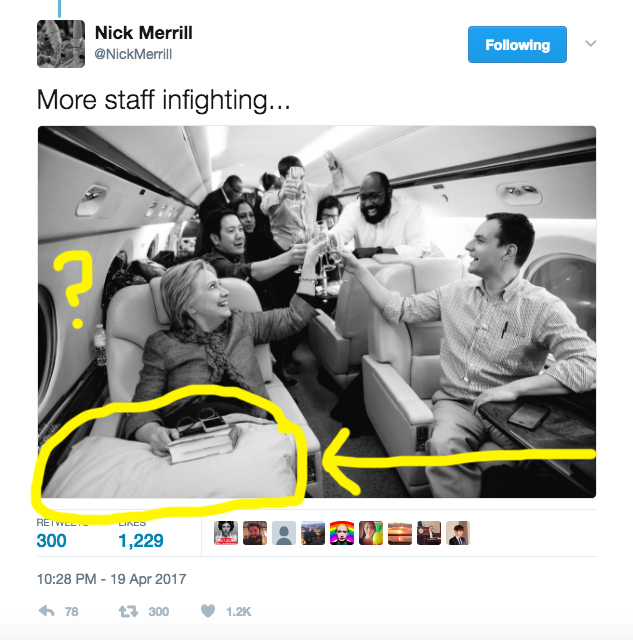 Previous investigations have revealed that Hillary Clinton has, on multiple occasions, been photographed sitting on, next to, surrounded by, or propped up by pillows. This might be the first known photo of Hillary Clinton using a pillow as a sort of portable comfort device for the lap.

It raises a lot of questions.

Additional photos promoted by former aides suggest Hillary spent a lot of time on the campaign in close proximity to fluffy cushions. 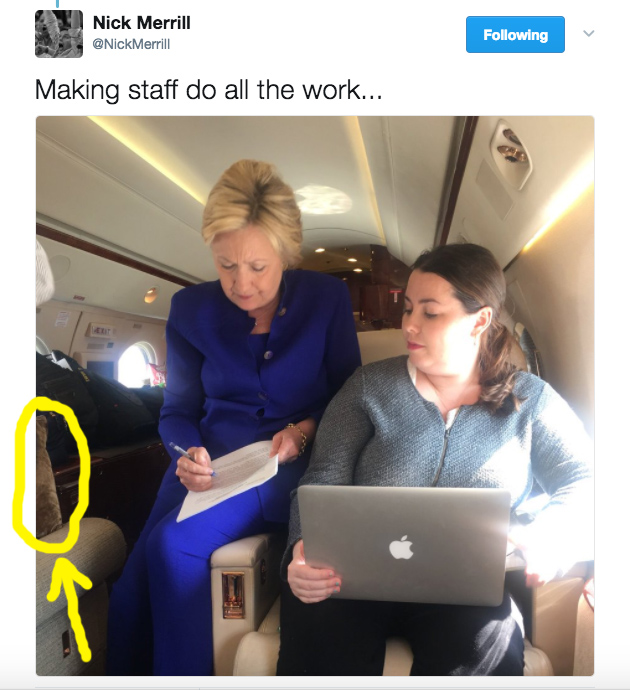 What was she hiding? Or, perhaps more accurately: what does she continue to hide? 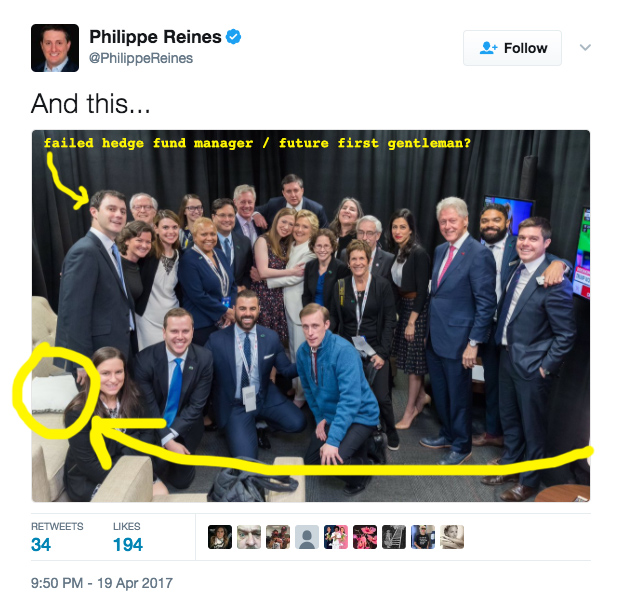 Unless President Donald J. Trump follows through on his campaign promise to thoroughly investigate his former opponent and throw her in prison, we might never learn the truth.