Add Senate Majority Leader Harry Reid (D., Nev.) to the list of Senate Democrats who have benefitted from Koch money. In fact, he might as well pay one of his grandchildren to stitch Koch insignias onto his suit to denote their sponsorship:

Many Republican senators might as well wear Koch insignias to denote their sponsorship. pic.twitter.com/tcDY5nZPTm

Hall worked for Koch Industries from 1998 to 2004, according to the Center for Responsive Politics. He was previously a lobbyist for INVISTA, the Koch Industries subsidiary that Democrats are targeting in their latest campaign to "other" the Koch brothers. Hall currently lobbies for General Electric, the chief sponsor of explanatory journalism website Vox.com. Coincidence? Maybe.

In public, Reid has attacked the Kochs as "un-American" and "against everything that’s good for America." This is not surprising, however, given the fact that Reid is a raging hypocrite.

The revelation that Reid is a Koch-funded politician comes days after the majority leader’s former colleague, Hillary Clinton, was caught discussing her upcoming memoir at the David H. Koch Theater in Manhattan. 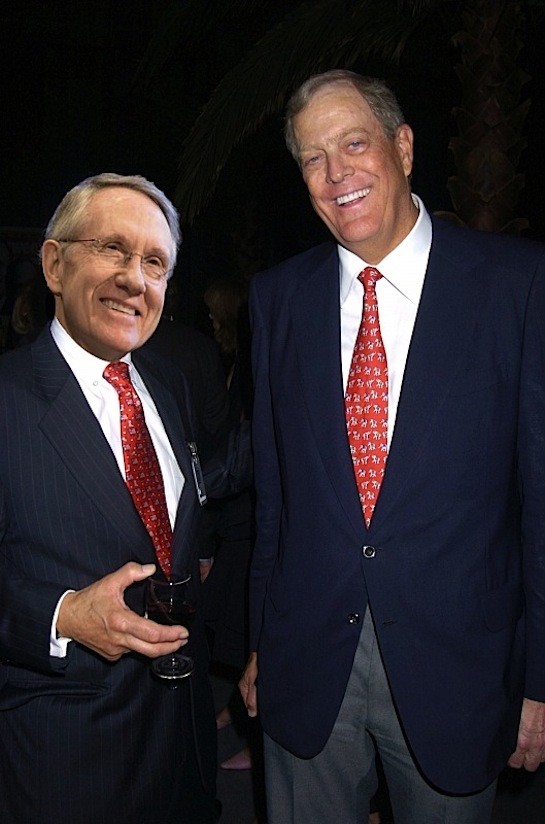