Even with Batman v. Superman: Dawn of the Prequel To Catch Up to Marvel With A Justice League Movie  being bumped up early to March 2016, the movie's stars have had plenty of time to relax and bask in the midsummer Detroit summer.

Translation: They've been dumping ice water on their heads.

Then again, Gal always gives it her all.

Gal's casting as Diana Prince not only gives her the opportunity to become a role model for women all over the world. It also allows her to export the #icebucketchallenge to a whole new country.

Talk about opening up new markets to American investment. 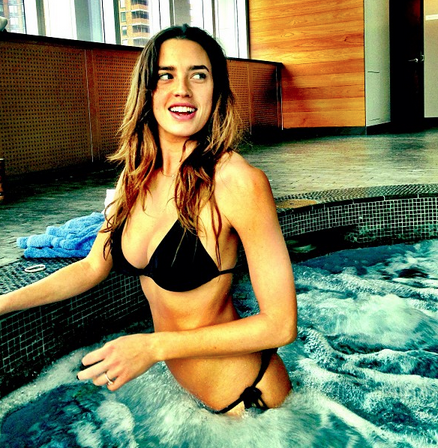 Batman looked the happiest he's been in months.

Ben Affleck's performance was admirable, but I think Electra could have gotten the message across better.

The only missing member of the Justice League who did not participate in the challenge was Superman himself: Henry Cavill. Poor guy got his franchise taken out from under him and now is MIA for a good cause. Let's also note the massive missed marketing opportunity for Warner Bros.

@_Charette_ I would have thought this was the perfect way to introduce Jason Momoa as Aquaman.

Oh well. Speaking of Khal Drogo, when is it Emilia Clarke's turn to challenge Sansa Stark and Ygritte to dump water over their heads?