Beto O’Rourke Has A Turtle Problem

Beto O'Rourke, the failed Senate candidate and former travel blogger seeking the Democratic nomination for president, has a turtle problem.

In San Diego, @BetoORourke says he has to head home to address family crises including the disappearance of baby Gus, the family turtle. Prognosis for finding Gus doesn’t look good, he says.

In our patriarchal society, female presidential candidates with young children often face skepticism and questions about their ability to balance the demands of higher office with those of being a mother. It's only fair to demand that O'Rourke face similar scrutiny for his apparent inability (or unwillingness) to care for an innocent baby turtle.

The chief suspect in the turtle's disappearance is reportedly the family dog, Artemis O'Rourke, which raises further questions about the candidate's character. If the candidate is unable or unwilling to teach his (allegedly) beloved canine to control his animal lust for reptile flesh, can we really be sure that, as president, Beto won't succumb to his own beastlike proclivities for excrement-involved horseplay and travel blogging on the open road?

The choice is yours, America. 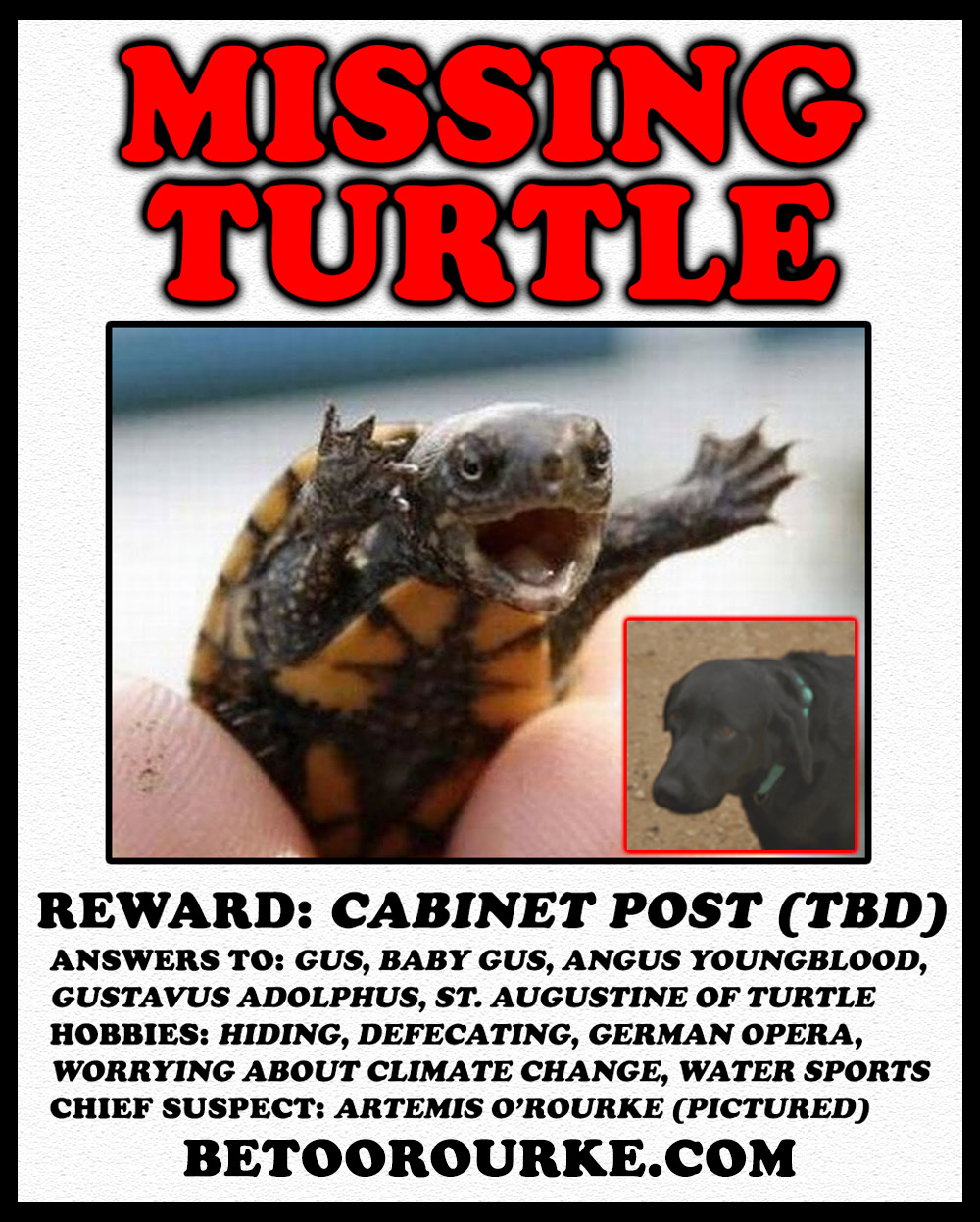