Jordan Spieth didn’t just win the 2015 Masters at August National, he dominated it, becoming one of the youngest champions in history, and matching Tiger Woods’ record for lowest score. The 21-year-old Spieth stormed to victory despite the best efforts of seasoned veterans such as Phil Mickelson, 44, and Justin Rose, 34. According to a Free Beacon analysis, none of this bodes well for Hillary Clinton, who announced her second run for president just hours before Spieth donned the iconic green jacket.

When Republican presidential candidate Marco Rubio turns 44 next month, the age gap between him and Clinton, 67, will be exactly the same as the age gap between Spieth and second place finisher Phil Mickelson. Coincidence? Probably not. Clinton will turn 67.5 in two weeks, a number that happens to be identical to Spieth’s average 18-hole score for the tournament.

Clinton may soon find that, just like golf, when it comes to a politician’s age, small numbers are better than big numbers. Could Hillary "shoot her age" on the golf course, or match Spieth’s course record for birdies made? That’s doubtful. But it’s also the least of her worries. Over the past year, a number of aging superstars—including Harrison Ford, Madonna, and ZZ Top bassist Dusty Hill—have suffered injuries that were almost definitely age related. And we all know that being an actor or a musician is much less strenuous than being leader of the free world.

At the very least, it’s something to keep in mind as Hillary Clinton tries to become one of the oldest world leaders in history. 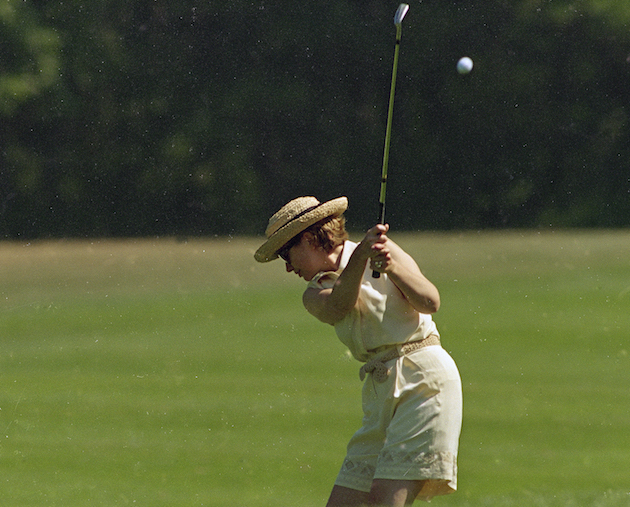