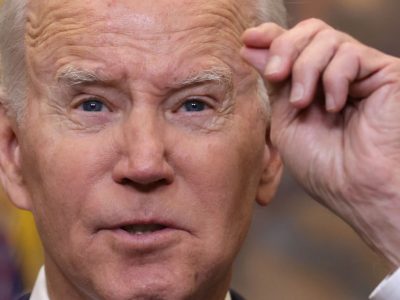 Photos from Hunter Biden's abandoned laptop show that the scandal-plagued First Son had access to the Corvette that President Joe Biden kept in the garage where he improperly stored top secret government documents.

A Washington Free Beacon review of the laptop found four 2017 photographs of Hunter Biden, clad in a white collared shirt and a camouflage baseball cap, behind the wheel of his father's 1967 Corvette Stingray. GPS metadata embedded in the photos indicate they were taken within a minute of each other at 6:49 p.m. on July 30 of that year, just outside the president's Wilmington, Del., residence. The photos show Hunter Biden posing in the vehicle beside two young girls. One appears to be his then-12-year-old niece, Natalie Biden. The other could not be identified. 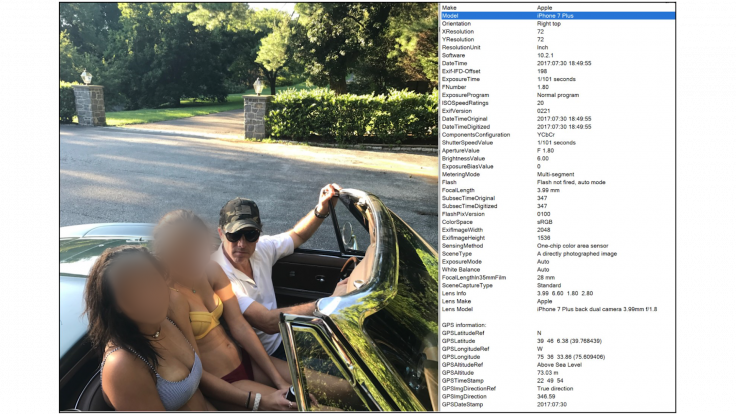 While it is unclear exactly when Joe Biden transferred the classified records to his Wilmington home, sources close to the president have suggested that the transfer occurred as Biden was shutting down his vice presidential office in January 2017, according to a CNN report. The photos are the most concrete evidence to date that Hunter Biden had access to areas of Joe Biden's home where the classified documents were stored and also cast doubt on the president's claim that the records were fully secured in a locked garage. It is unclear who else has had access to the president's car or the garage in which it was stored. The White House said this week that it does not keep visitor logs for the property because the Delaware home is a "private residence."

The White House and Hunter Biden did not respond to a request for comment.

If Hunter Biden did have access to the classified materials, it could raise national security concerns. The younger Biden has been accused of leveraging his father's name to strike lucrative foreign business deals, and he is under federal investigation for tax fraud.

At the time the photos were taken, Hunter Biden was negotiating a lucrative business deal with the now-defunct Chinese energy conglomerate CEFC, which was closely tied to the Chinese government. Biden's former business partner Tony Bobulinski claimed to have met with Joe Biden in person in early May 2017—less than three months before Hunter Biden was pictured taking the wheel of his father's prized vehicle—to discuss the Biden family's Chinese business dealings. CEFC paid Hunter Biden $6 million in consulting and legal fees in 2017 and 2018.

Joe and Hunter Biden also shared an office with CEFC executives in 2017: Emails from Hunter Biden's laptop show that his consulting firm, Hudson West, shared a Washington, D.C., office space with CEFC and the Biden Foundation. On Sept. 21, 2017, Hunter emailed the building requesting they "have keys made available for new office mates," including Joe Biden, his stepmother Jill Biden, his uncle Jim Biden, and former CEFC official Gongwen Dong.

Hunter Biden had extensive access to his father's Wilmington residence, as he lived at the property in 2018 and 2019, other records on his abandoned laptop show. He directed his assistant, Katie Dodge, in a Dec. 10, 2018, text message to deliver the contents of a Virginia-based storage facility to Joe Biden's guest house on the Wilmington property.

It's unclear if the shipment ever occurred. Hunter Biden was still being billed for the storage facility in March 2019, emails on the hard drive show.

Hunter Biden was issued a Delaware driver's license in May 2018, which listed his father's home as his primary residence, the Free Beacon reported. Hunter also directed his Wells Fargo financial adviser to change his banking address to the residence and added the address to his PayPal account in January 2019. And a notarized deed located on the hard drive dated Feb. 20, 2019, identifies Hunter Biden as a "divorced man, residing" at his father's Wilmington property.