In October 1969, Army Captain Bill "Hawk" Albracht found himself posted at a base in Vietnamese jungle widely considered to be a backwater to the war. Surrounded by thousands of North Vietnamese soldiers, strapped for ammo and water, and with no hope of rescue, Albracht and his team of more than 150 American and South Vietnamese soldiers stared down communist forces armed to the teeth—with a slim chance of survival.

"My heart sunk," Albracht said recalling a message from command saying there would be no reinforcements. "I knew right then: We’ve got to get out of here, and we have to do it ourselves."

After multiple days of brutal firefights with North Vietnamese soldiers, Albracht led an exhausted gang of American artillery troops and pro-American Vietnamese tribesmen to safety in the dead of night. In the process, the U.S. Army crew lost only one man in battle and only one more missing in action. Twenty-four Americans under Albracht’s command would live to fight another day.

The heroic actions of that week led to multiple commendations for Albracht, a Silver Star and Purple Heart not least among them. Now his peers and friends want their captain to receive the highest honor.

"Bill deserves all the credit and the upgrade of his medals that are possible. He was responsible for saving 24 American lives, that’s all there is to it," Kerr said. "He took charge and put himself in harm’s way time and time again." 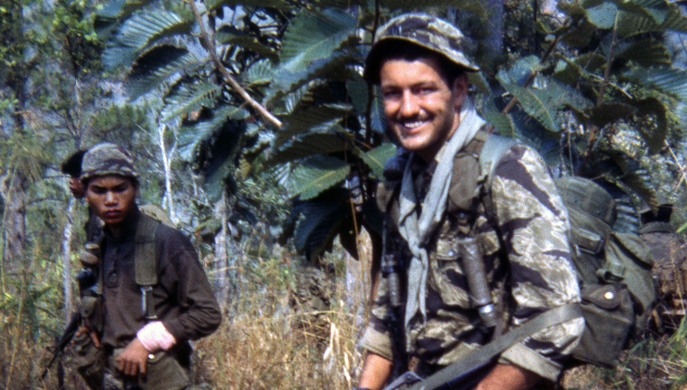 It was by no means clear that Albracht and his fellow Americans would come out of Firebase Kate unscathed. Many of the captain’s peers had only been stationed at the base—which was poorly defended and in a location vulnerable to attack—for about a month. Though Albracht was trained as a special forces officer, his comrades belonged to an artillery grouping, meaning they had little experience in the direct line of fire. Albracht himself was only 21 years old at the time, and on his first command assignment. To make matters worse, by the time the North Vietnamese attacked, the base’s artillery equipment was all but out of commission.

The policy of Vietnamization also complicated the safety of those at Firebase Kate. Adopted by President Richard Nixon in the waning days of the Vietnam War, Vietnamization meant the anti-communist South Vietnamese would take the primary role in fighting and American troops would return to a support role. The policy halted American commanders from sending supporting troops to the firebase. So did antiaircraft weapons from North Vietnamese forces.

"The bottom line was that we were stuck there on this little hilltop along the Cambodian border, and there was no way out," Kerr said. "We were just sitting ducks."

It was in this desperate hour that Albracht took charge. Even after suffering a wound and receiving heavy fire from the North Vietnamese, the captain rallied his troops for an exit strategy. After coordinating via radio with air support and commanding officers, Albracht decided his band of survivors would make their escape under cover of nightfall. In a single-file line, he and the Vietnamese tribesmen trekked miles to rendezvous with the "MIKE Force," American special operators tasked with retrieving the men posted at Firebase Kate. As Albracht and his crew inched closer to freedom, they at one point only stood 12 feet away from a patrol of North Vietnamese troops.

"I called the MIKE Force on the radio to say, ‘I hear you coming; I’m on your immediate left,'" Albracht said. "They told me they weren't out; it was the enemy. If the [enemy] made any degree of movement to the left, they would have come right up on us, and we would have been in a pitched battle we would have very much lost. But they moved right on by."

In the aftermath of the escape, Firebase Kate was destroyed. After retrieval by U.S. forces, Albracht did not return home. Instead he re-upped and joined the same corps that found him and his soldiers—the MIKE Force. Albracht was wounded again months later, which eventually marked the end of his frontline service in Vietnam. 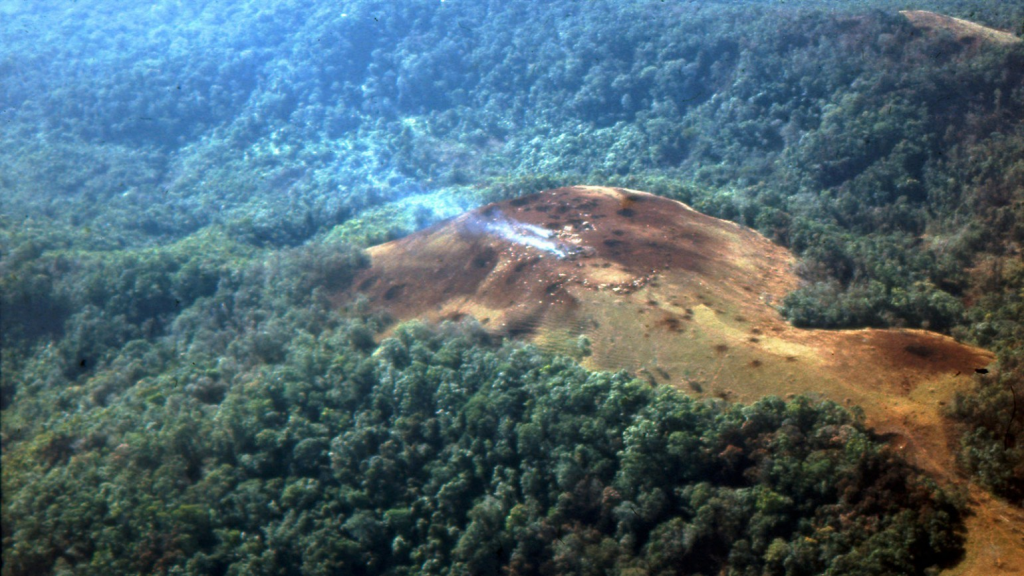 Firebase Kate in the aftermath of the escape (Credit: gifilmfestivalsd.org)

Besides Kerr, several other veterans and advocates champion Albracht’s bid for a Medal of Honor. The written testimony of two other officers—Col. John Beckenhauer and Lt. Gen. Michael Tucker—praises Albracht for his extraordinary heroism in orchestrating the escape from Firebase Kate. The Vietnam Veterans of America also drafted a letter to Secretary of Defense Lloyd Austin recommending Albracht for the nation’s highest award for servicemen.

"Never have I witnessed a more heroic feat than what he pulled off getting those men off that firebase that night alive," Beckenhauer, a member of the Army aviation team supporting Albracht’s mission, wrote in his testimony.

"The fact that any of them got off that base, walked through enemy lines in the pitch black dark, and got out to safety with all but one, was nothing short of miraculous. What a testament to the American soldier and to Hawk’s leadership. A braver man doing anything that crazy and living to tell about it would be hard to find…. One day I hope to meet him under better circumstances." 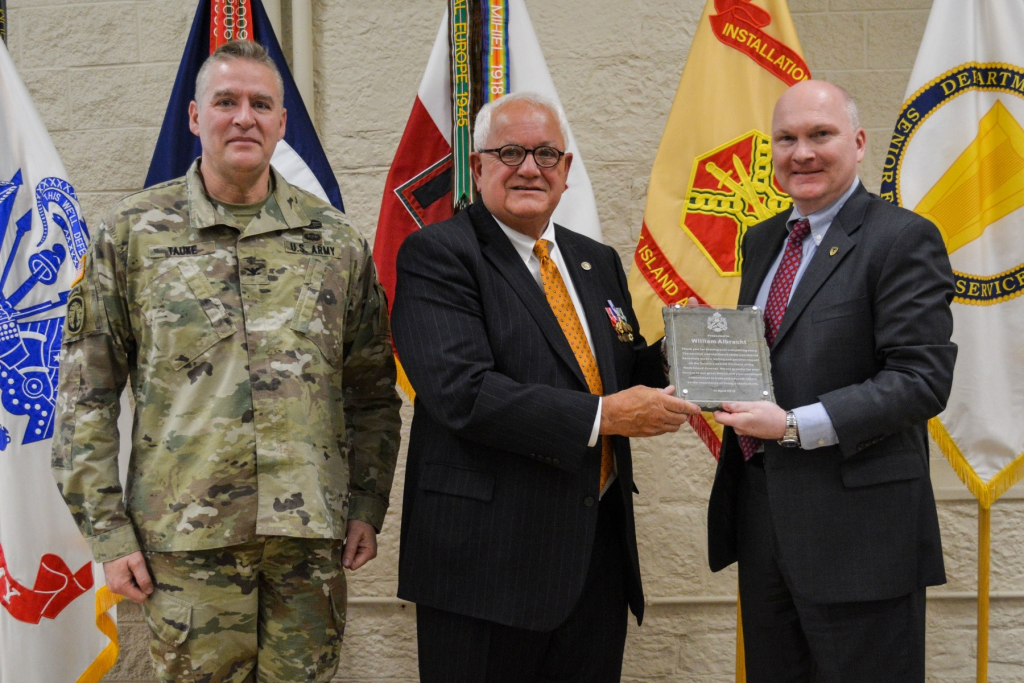 Albracht receiving a plaque for his heroics at Firebase Kate (Credit: army.mil)

Albracht served his country in a different way after Vietnam. Over the course of five presidencies, the Vietnam veteran served as a Secret Service agent, protecting U.S. presidents and foreign dignitaries. He said his experience as a special operator in Vietnam prepared him for the challenge of such a high-stakes position.

The Vietnam veteran later coauthored a book about his experience at Firebase Kate, which was also adapted into a documentary—efforts Albracht said are meant to honor the sacrifice of his comrades in arms. For Albracht, the ultimate lesson of his experience was the team effort and sacrifice it took to return himself and 24 other Americans home safely.

"I needed to be at Kate, and therefore by divine providence, or whatever you want to call it, I performed correctly and I did my job to the best of my ability," Albracht said. "And we got out. It wasn’t just me; everybody did their job."

The Army declined to comment on Albracht’s appeal for a Medal of Honor.