August 2020 saw more gun sales than any other August on record as Americans continue to rush to gun stores at a record pace.

A Washington Free Beacon analysis of FBI data released on Tuesday found a 57 percent increase in sales compared to August 2019. There were at least 1.6 million sales in August 2020. Only two previous Augusts had broken a million sales, though limitations in FBI reporting means that not every gun sale is captured in the data. August represents the sixth month in a row to set a new sales record with March seeing the most gun sales of any month in the history of the FBI background check system.

Sales thus far in 2020 have soared past previous years. Sales through the first eight months of the year are up 43 percent over the previous record. 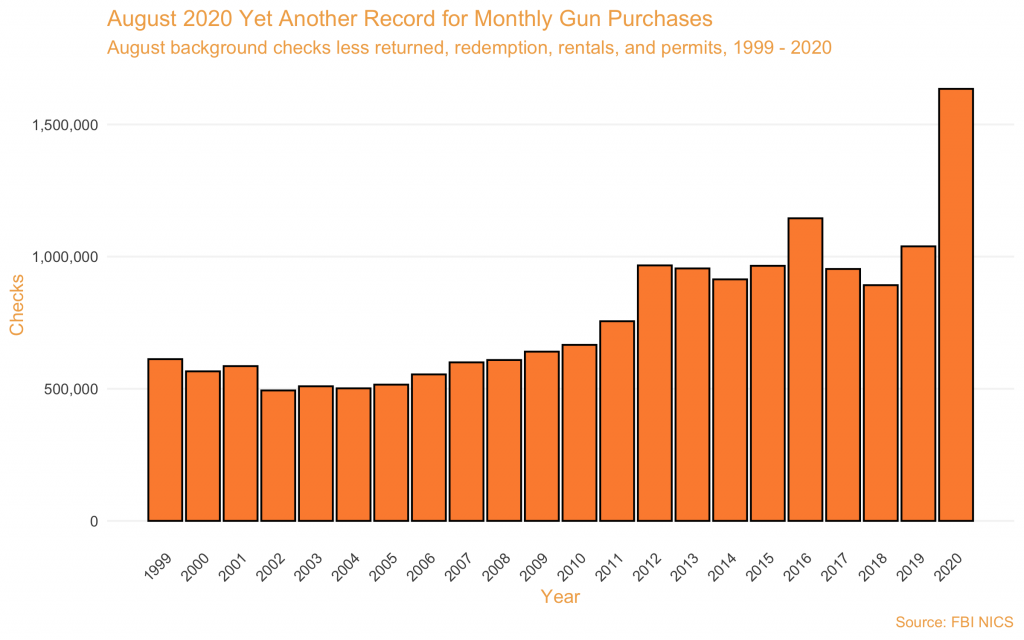 "In 15 years of teaching firearm safety, I have never seen a higher level of interest in guns," Rick Ector, a Detroit-based firearms instructor, told the Washington Free Beacon. "I do not need to advertise, and my phone is constantly ringing."

A June report from the gun industry's trade group indicated dealers believed 40 percent of buyers since March have been first-time owners. The group pegged the total number of new owners at just under five million. If the estimated percentage of new owners holds for August, that would mean at least 640,000 Americans bought a gun for the first time in August. The surge in firearm owners could have a significant impact on gun politics and American elections for years to come.

Ector said the sales are driven by concerns over the pandemic, the economic downturn, and recent rioting in places like Kenosha, Wisconsin, and Portland, Oregon. He expects the record sales to keep up through the end of the year, pointing to Democrat nominee Joe Biden's strict new gun-control policies and his lead in national polling.

"Any single issue by itself would lead to an increase of people buying guns," he said. "We have all four factors ‘in play' and the run on guns is no surprise to me." 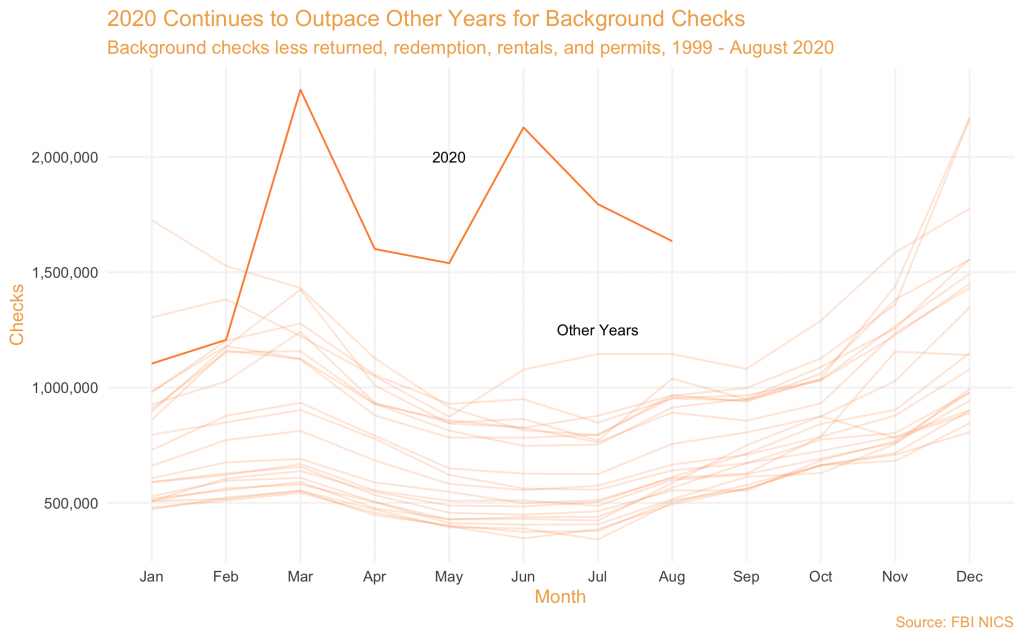 The number of checks run through the FBI's National Instant Criminal Background Check System is not a one-to-one representation of total gun sales, but is widely considered the best gauge because the checks are required on all sales done through licensed dealers. The Free Beacon removed checks from the count that were coded for gun-carry permits or other non-gun sales to reach the final sales numbers.