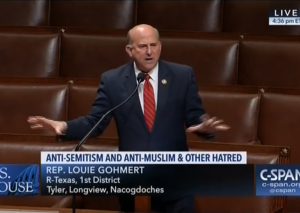 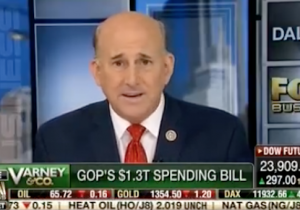 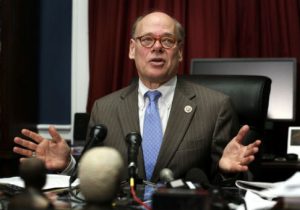 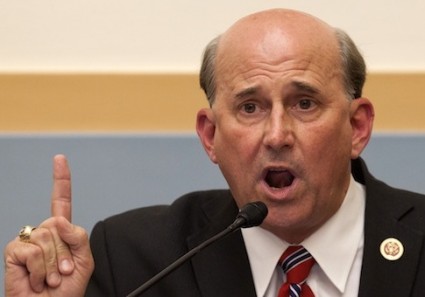 Rep. Louie Gohmert (R., Texas) said that it is “truly unsettling” and “utterly appalling” that President Obama went before the United Nations on Wednesday and praised a controversial Muslim cleric who endorsed a fatwa encouraging the murder of U.S. troops in Iraq. 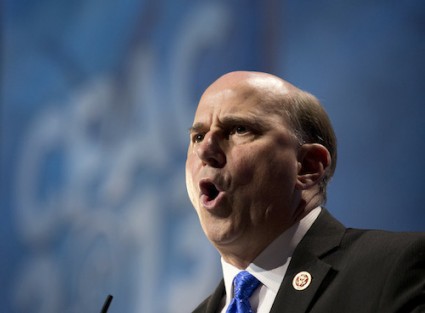 Hillary Clinton is not as inevitable as Democrats would like to believe. Her failed book tour has exposed a litany of personal flaws (greed, lack of self-awareness), raised questions about her physical fitness, and revealed her to be severely out of touch with Real America. While there are a number of Republican candidates who might be able to challenge Hillary in 2016, one in particular stands out. In the last week alone, Representative Louie Gohmert (R., Texas) has shown that he has what it takes to connect with masses. 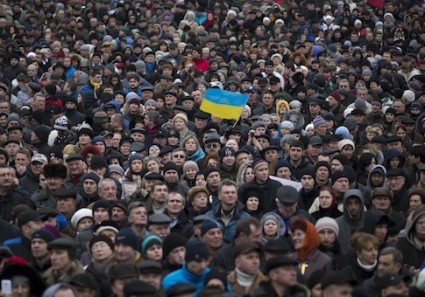 The House of Representatives passed bipartisan legislation on Thursday that permits the Obama administration to provide up to $1 billion in loan guarantees to Ukraine, The Hill reports. 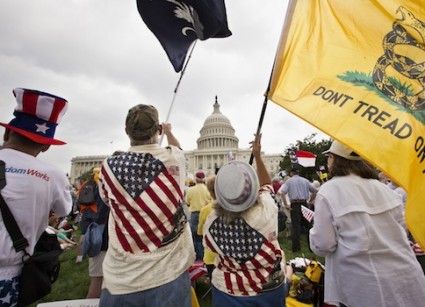 Five years after Rick Santelli’s rant on the Chicago Mercantile Exchange that sparked a nationwide movement, the Tea Party had one message to deliver to Washington, D.C., on Thursday: they are not going anywhere. 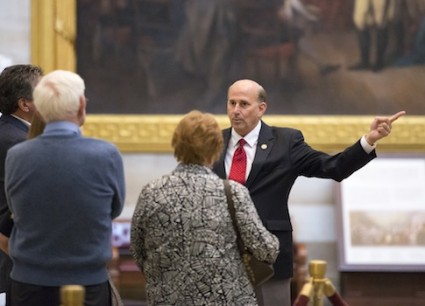