Congressman Louie Gohmert (R., Texas) said the Obama administration "let people die" in the September 11, 2012, attack on the U.S. Consulate in Benghazi, Libya, during which U.S. Ambassador Christopher Stevens and three other American diplomats were killed.

Gohmert told Fox News host Martha MacCallum that revelations from the new book 13 Hours and an upcoming Fox News documentary profiling three members of a U.S. security team in Benghazi–who say U.S. commandos were told to "stand down" during the attack on the consulate–highlight the fear U.S. security personnel overseas face.

Gohmert's claim runs counter to the narrative of the Obama administration, which has continually attempted to downplay the disaster in an an effort to protect Obama, Hillary Clinton, and Susan Rice.

This new information also contradicts a key finding of a Senate Intelligence Committee report from January, namely that "U.S. military assets were not positioned to respond in time to save the four Americans killed."

"The House intelligence committee is composed of good people who mean well and want to do well," Gohmert said. "But their problem is they get information from the intelligence officials that give them the administration line."

Gohmert's statements came as House Select Committee on Benghazi Chairman Trey Gowdy (R., S.C.) released a statement saying, "There are still facts to learn about Benghazi and information that needs to be explained in greater detail to the American people." 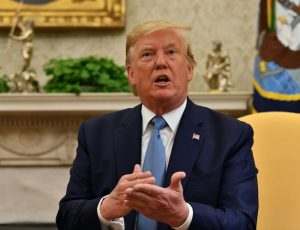