Communist China has already achieved a historic milestone in its quest to overtake the United States as the world's preeminent power. According to a Washington Free Beacon analysis, Chinese president Xi Jinping is now the fattest head of state in the industrialized world.

It's not something Xi is likely to celebrate publicly. Like his country's ethnic cleansing of Uyghur Muslims in Xinjiang, the rotundity of his waistline is a forbidden topic in China, and most American media organizations, technology companies, and other cultural institutions are more than happy to play along.

Like most communists, Xi rarely practices what he preaches. During a hospital visit last month, for example, the Chinese leader said health was the most important indicator of people's happiness. If the Chinese people had a choice, which they don't, they might prefer to get their health advice from a man of less formidable girth, such as former American president Donald J. Trump. 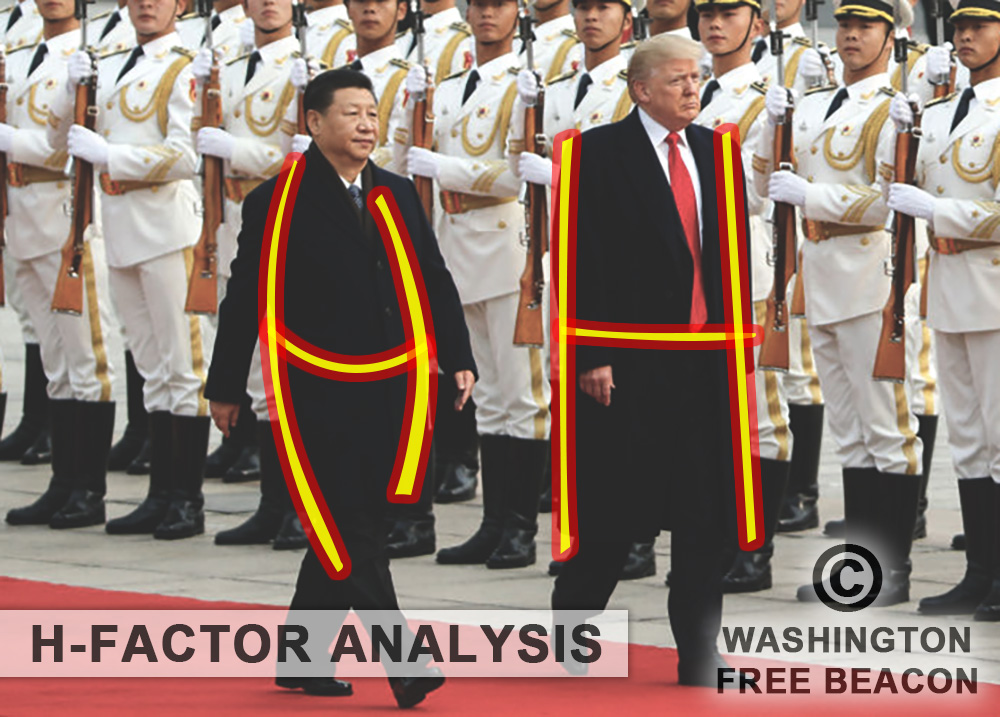 Photo analysis suggests Xi is not only fat but also skilled in the art of disguising his fatness. Much like how his country covered up the true origin of the COVID-19 pandemic, Xi routinely engages in tactics designed to shield the true extent of his girth.

The Free Beacon consulted a number of experts, including a hefty fashion enthusiast familiar with fat-masking photogenic maneuvers, who agreed to be interviewed on the condition of anonymity given the sensitive nature of the subject.

The hefty fashion watcher told us that Xi uses a number of tactics to disguise his fatness. For example, he always wears tailored clothing that is often bulky and dark-colored to confuse the eye. He is typically mindful of where the camera is positioned, which allows him to contort his body into a flattering position. The so-called "M formation," established by crossing the arms in front of one's considerable gut, is a favorite of the Chinese president, as seen here. 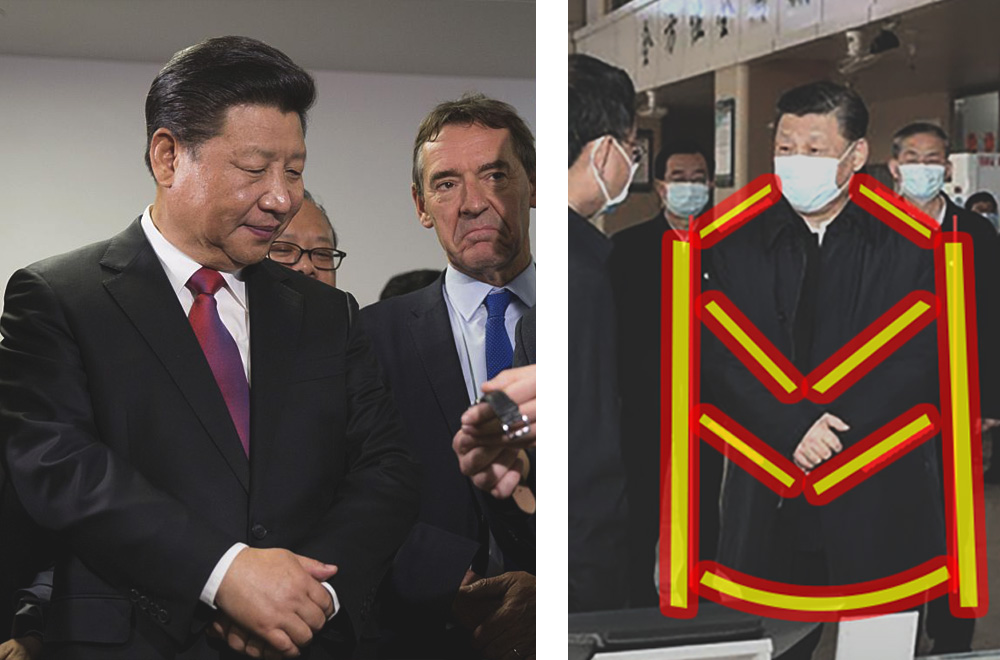 It was also "possible," the expert said, that Xi could be wearing Spanx or some other kind of compression girdle to distort the truth about his engorged body. The truth is out there, even if the American media are too corrupt to bother trying to uncover it. 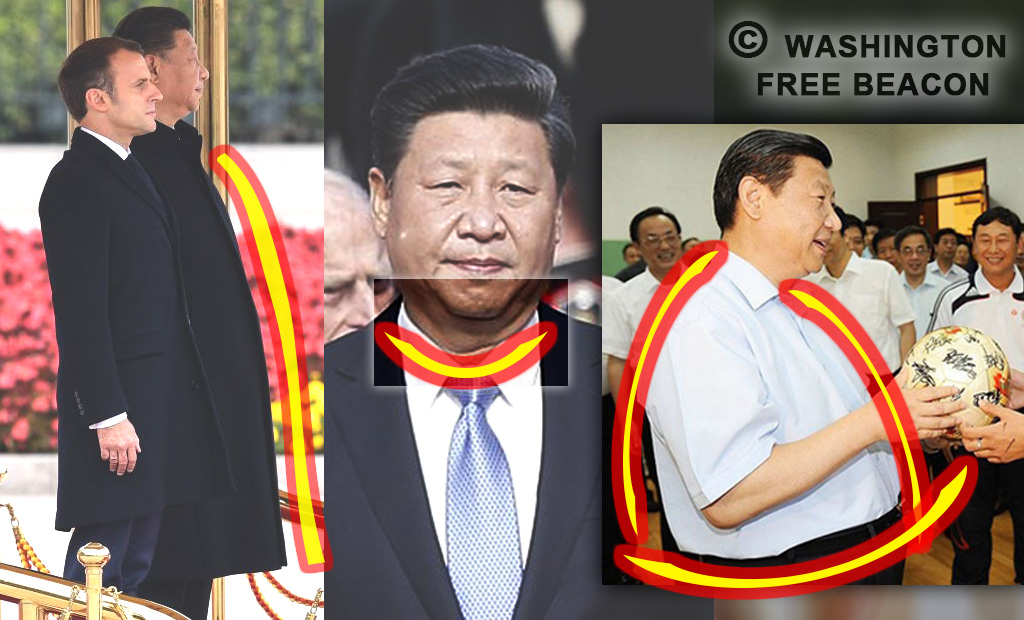 You might be thinking: Isn't Kim Jong-un even fatter? It's a good question, which is probably why the Chinese government has forbidden it. A comparative analysis suggests the answer is far from clear. 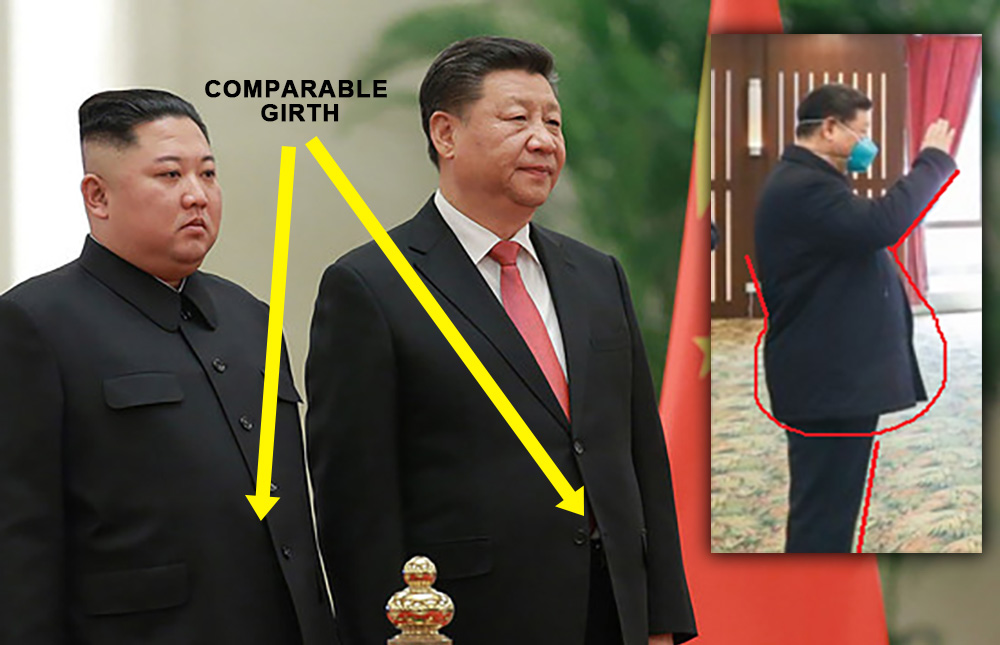 Xi is undoubtedly sensitive about his weight and has shown a willingness to crack down on anyone who dares to bring it up. Several years ago, for example, a nine-year-old boy wrote a letter suggesting that Xi lose some weight. The letter went viral but was immediately scrubbed from major news websites in China after the Communist propaganda apparatus intervened. Winnie the Pooh has also been banned in China after internet users grew fond of comparing Xi to the beloved children's book character.

Fatness is not the only issue that has made Xi's health a subject of some controversy. Much like failed candidate Hillary Clinton, the Chinese president is known to suffer from violent coughing fits. He has appeared frail at times and was seen walking with a slight limp during a diplomatic tour of Europe in 2019. The incidents have raised questions about China's lack of a succession plan in the event of Xi's demise.

Is President Xi too fat to lead? Probably, given the evidence. Ultimately, however, that's up to the Chinese people to decide, at least in theory.