For nearly two decades following the dawn of the 21st century, not a year had gone by in which a majority of Americans did not describe themselves as "extremely proud" to be American, according to Gallup.

That changed in 2018, the year Democrats regained control of the House after a solid midterm election performance. That year, the percentage of Americans who said they were "extremely proud" to be American dropped to 47 percent from 51 percent in 2017. American pride has been in steady decline ever since.

The most recent Gallup survey, published Monday, found that just 42 percent of Americans described themselves as "extremely proud" of their nationality, down from 45 the previous year. The combined percentage of Americans who said they were "extremely proud" or merely "very proud" to be American has also declined steadily since Nancy Pelosi reclaimed the position of speaker of the House.

In 2017, a solid 75 percent of Americans expressed a high amount of pride in their country. Today, that number sits at just 63 percent, a decline that coincides with the electoral success of the Democratic Party and its efforts to delegitimize the election of President Donald J. Trump via witch hunts and phony impeachment investigations.

Gallup most likely would have registered an even steeper decline in American pride had the poll not been conducted prior to the embarrassing (and widely panned) stunt Democratic lawmakers took part in on June 8, when Pelosi and other senior Democrats donned kente cloth and kneeled to express their solidarity with the Black Lives Matter movement. 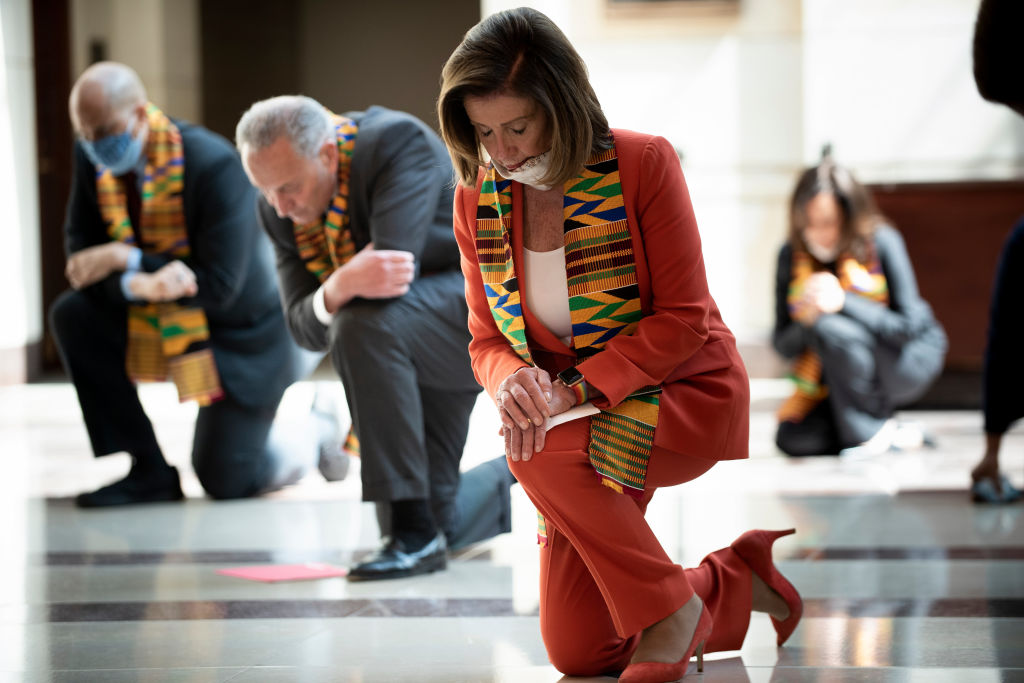