A Washington Post fact check gave Democratic presidential candidate Pete Buttigieg three Pinocchios on Thursday for cherry-picking data to suggest he "cut the black poverty rate by more than half" in South Bend, Ind., during his tenure as mayor.

The Post found that Buttigieg, who made the statement during a campaign stop in Allendale, S.C., used a selective estimate of poverty rates to support his claim. Using another data set preferred by experts, he determined the black poverty rate in South Bend only fell by 6 percent during Buttigieg's time as mayor.

Both Buttigieg and the Post used data from the U.S. Census Bureau's American Community Survey to determine the poverty rate in South Bend. The ACS data are organized in two sets: one-year estimates and five-year combined estimates, the latter of which are considered more accurate by experts because they draw from a larger sample.

Buttigieg used the one-year estimates to support his claim. While one interpretation of these data show the poverty rate fell by 54 percent, the Post noted Buttigieg picked out the most favorable years to support his claim. Specifically, Buttigieg, who has served as mayor since 2012, compared an "unexplained spike in the black poverty rate" in 2011 with the 2017 rate, omitting the more recent 2018 rate, when the black poverty rate rose.

A Buttigieg campaign spokesperson defended the black poverty rate claim by referring the Post to a Census Bureau explainer on one-year estimates, but the fact check noted Buttigieg still "cherry-picked the most flattering [estimates] instead of the most scientifically reliable," and awarded the candidate three Pinocchios.

According to the Post, three Pinocchios indicate "significant factual error and/or obvious contradictions."

Buttigieg has recently worked to appeal to black voters, a demographic he struggles with in polling. According to a University of North Florida poll, only 1 percent of black voters in South Carolina support the South Bend mayor. Earlier this year, Buttigieg faced calls for his resignation after a police officer killed a black South Bend resident. 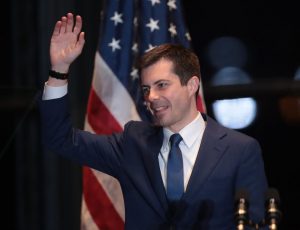