Today is Election Day in the United States of America, including Virginia, where voters will choose a new governor to succeed Ralph "Coonman" Northam,  the Democrat who admitted to, apologized for, and subsequently denied having worn either a blackface costume or a Ku Klux Klan robe in a photo featured on his medical school yearbook page. 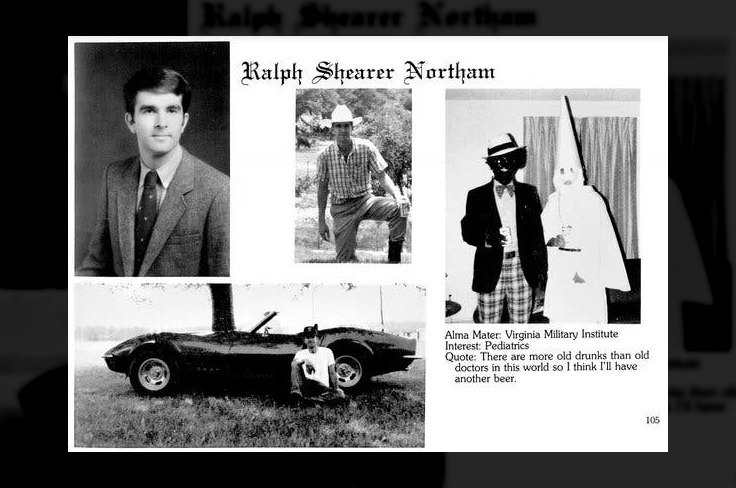 This article will explain everything you need to know about the Virginia governor's race and its political ramifications. Enjoy!

The Democratic nominee is Terry McAuliffe, who served as Virginia governor from 2014 to 2018 after losing the Democratic primary in 2009. The state's constitution does not allow governors to serve two consecutive terms.

Before entering the political arena as a candidate for office, McAuliffe was a prolific Democratic Party fundraiser with close ties to Bill and Hillary Clinton. After the former president left office in disgrace, McAuliffe personally guaranteed the $1.35 million mortgage for the couple's now legendary estate in Chappaqua, N.Y. He served as chairman of the Democratic National Committee from 2001 to 2005 and as co-chair of Hillary's failed presidential campaign in 2008.

McAuliffe is also an experienced businessman. In 2009, he joined GreenTech Automotive, an electric car company owned by a Chinese investment firm headquartered in the British Virgin Islands, a popular tax shelter. The company was sued by investors and investigated for fraud before declaring bankruptcy in 2018 amid charges that GreenTech helped dozens of Chinese nationals obtain U.S. visas in exchange for six-figure investments.

Republican nominee Glenn Youngkin is a successful businessman who played college basketball at Rice University before earning his MBA from Harvard. He has never held political office.

He's 6-foot-7 and believes parents deserve to have a role in public education.

He once abandoned his wife, Dorothy, in a hospital delivery room to attend a Washington Post cocktail party. On a separate occasion, when McAuliffe was driving his sobbing wife and newborn son home from the hospital, he stopped at a Democratic fundraiser. "I felt bad for Dorothy, but it was a million bucks for the Democratic Party," McAuliffe wrote in his 2007 book What A Party!: My Life Among Democrats: Presidents, Candidates, Donors, Activists, Alligators and Other Wild Animals.

Who's going to win?

Hard to say at this point, but it's going to be close. According to the RealClearPolitics polling average, Youngkin has a 1.7 percentage point advantage over McAuliffe heading into Election Day, which is in line with the assessment of the data nerds at FiveThirtyEight. Youngkin clearly has the momentum on his side, given that McAuliffe had been leading comfortably in the polls for months until the race began to tighten in October.

Why did the race tighten in October?

That's about the time when education became a focal point of the election. During a debate on Sept. 28, McAuliffe stunned observers by declaring, "I don't think parents should be telling schools what they should teach." The remarks came as parents throughout the state were lashing out at school boards for ignoring their concerns.

McAuliffe scrambled to defend himself for weeks and lashed out at "racist" parents who objected to "critical race theory" and other controversial ideologies being incorporated into school curriculums. The Democrat's allies in the media rushed to his defense, suggesting that "parents' rights" was code for white supremacy.

What is McAuliffe's central campaign message?

In brief: "Vote for me because Donald Trump is bad." This deranged monomania was highlighted over the weekend when McAuliffe insisted he wasn't trying to make the election "about Trump" and even CNN found it laughable.

Egregiously desperate. McAuliffe has called in the Democratic Party's biggest names—Barack Obama, Kamala Harris, Joe Biden—in a last ditch effort to save his campaign. He's released a series of attack ads against Youngkin that even the Washington Post has dismissed as false. He flip-flopped again by making Donald Trump the centerpiece of his closing message.

Last week, a group of neo-Nazi cosplayers showed up at a Youngkin event and stood in the rain for hours holding unlit tiki torches. The Lincoln Project, a disgraced Democratic super PAC widely suspected of enabling a sexual predator, claimed responsibility for the pathetic stunt. On Monday, the Democratic candidate mysteriously canceled a planned campaign event in Virginia Beach, which usually isn't a good sign.

He could still win, right?

Of course, but anything less than a decisive victory should be considered a bad omen for Democrats in an increasingly solid blue state that hasn't voted Republican in a presidential election since 2004.

How will the media spin it if he loses?

Expect to see some variation of this headline: "Racial Resentment Triumphs in Virginia as Trump Acolyte Smothers McAuliffe."

Should Democrats be worried?

Definitely. Biden's job approval rating has plummeted nearly 10 percentage points since July. A recent Marist College poll found that 44 percent of Democrats said "their party will have a better chance winning the White House" in 2024 if someone other than Biden is the nominee, while just 36 percent said the president should remain on the ticket, and 20 percent were unsure.

The 2022 midterms are going to be a bloodbath, aren't they?