Confronted by a school-choice activist Sen. Elizabeth Warren (D., Mass.) denied sending one of her children to a private school, though her presidential campaign later told the Free Beacon that her son, Alex Warren, did in fact attend private school.

Sarah Carpenter, a pro-school choice activist who organized a protest of Warren's Thursday speech in Atlanta, told Warren that she had read news reports indicating the candidate had sent her kids to private school. Though Warren once favored school choice and was an advocate for charter schools, she changed her views while seeking the Democratic presidential nomination.

"We are going to have the same choice that you had for your kids because I read that your children went to private schools," Carpenter told Warren when the two met, according to video posted to social media, which was first identified by Corey DeAngelis, director of school choice at Reason Foundation.

A school yearbook obtained by the Washington Free Beacon indicates, however, that Warren's son, Alex Warren, attended the Kirby Hall School for at least the 1986-1987 school year, Warren's final year as a professor at the University of Texas at Austin. The college preparatory school is known for its "academically advanced curriculum" and offers small class sizes for students in grades K-12. The yearbook indicates that Alex Warren attended as a fifth grader.

"Elizabeth's daughter went to public school. Her son went to public school until 5th grade," Warren communications director Kristen Orthman told the Washington Free Beacon. "Elizabeth wants every kid to get a great education regardless of where they live, which is why her plan makes a historic investment in our public schools. Every public school should be a great school. Her plan does not affect funding for existing non-profit charter schools, but she believes we should not put public dollars behind a further expansion of charters until they are subject to the same accountability requirements as public schools." 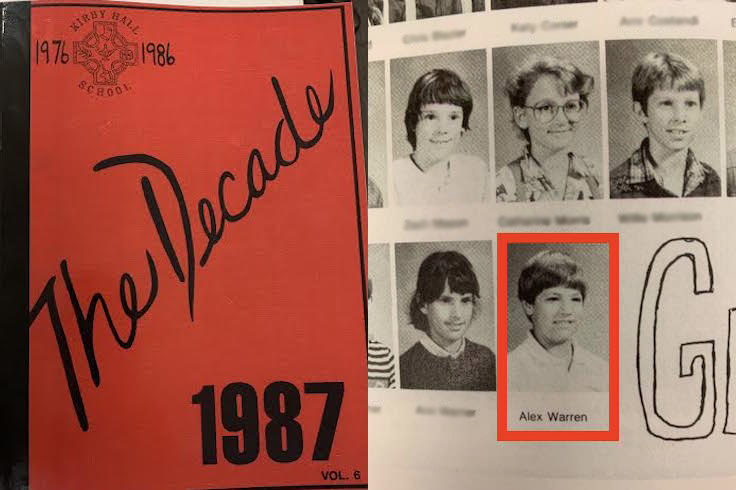 Kirby Hall's lower school (grades K-5) currently costs nearly $15,000 in yearly tuition, with an additional $935-$1,870 charged for after school care. According to the Austin American-Statesman, Kirby Hall's tuition was $4,700 a year in 1995, the earliest record of the school's tuition costs reviewed by the Washington Free Beacon.

Carpenter pressed Warren to reconsider her education plan, which would place stringent regulations on both charter and private schools. She told the candidate that she simply didn't have the resources to exercise the same choices for her children that Warren appears to have made for her son.

"I can't pack up and say I'm leaving behind and going to Germantown, that's our suburban area, because I can't afford it," Carpenter said. "My daughter can't afford it, so we want to make what we got great whether it's charter or traditional."

Warren said she appreciated Carpenter's concerns about her children and grandchildren and that she would look over her plan if the pieces don't fit.

"Let me just say, I appreciate nothing more than how much you care about your children and your grandchildren, and getting them educated," Warren said. "That's all I want to do. If I don't have the pieces right, I'll go back and read it."

Though Warren said she would go back and read her plan, she added that she was "not making promises" about making changes.

Warren rarely speaks publicly about her son and did not make him available during her 2012 Senate campaign. Alex has appeared on the presidential campaign trail, including at an Iowa organizing event in May.