The Leadership Institute, which works to train conservative organizers, said on its website that it produced more than 23,400 pages of documents in 2012 in response to a yearlong "harassing" IRS audit.

The IRS admitted last week that agents at its Cincinnati office singled out tea party groups for inappropriate scrutiny between March 2010 and January 2012. An IRS Inspector General report released shortly thereafter found agents asked for such materials as donor lists and reading materials from targeted groups.

The Obama Administration and the IRS Inspector General said the program was limited to low-level officials at the agency’s Cincinnati office.

However, according to the Leadership Institute, the agent investigating the group was Virginia Puddister from the Baltimore office of IRS.

"The IRS’ indefensible behavior is worse than we first thought, as it targeted both new and existing conservative groups in politically motivated attacks," said Morton Blackwell, president of the Leadership Institute, in a statement. "Fortunately my Leadership Institute had the resources to stand up to the government’s bullying and intimidation. Other groups, including grassroots and tea party groups we’ve helped train, did not."

The IRS notified the Leadership Institute of an audit of its tax return and activities in 2008 on June 1, 2011.

The IRS requested information including a list of 2008 interns and their future employers, how the organization advertises its training sessions, and sample emails between the institute and employers regarding job postings.

The IRS ultimately accepted the Leadership Institute’s 2008 return, but not before the organization spent $50,000 in legal fees defending it, Blackwell said. 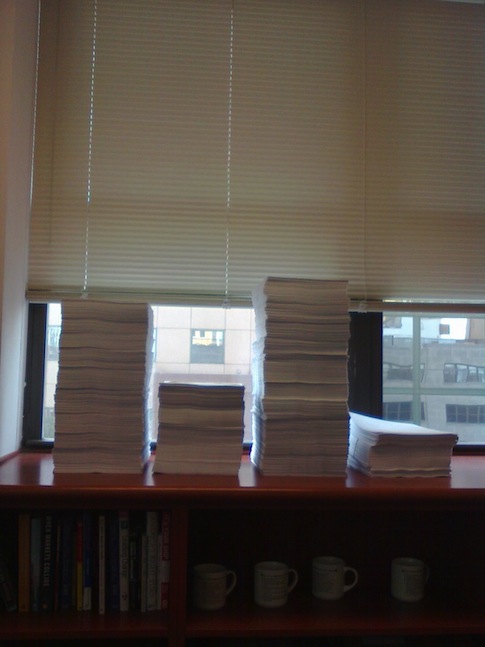 Photo of paperwork LI had to submit to compply with IRS audit / Source: Leadership Institute

Other tea party groups drew scrutiny from the IRS because of their affiliation with the Leadership Institute.

The IRS also demanded information about the group’s board members, officers, and employees, as well as their family members.

As previously reported by the Washington Free Beacon, tax information of other conservative groups, such as Crossroads GPS, the Texas Public Policy Foundation, and the National Organization for Marriage, were leaked and fell into the hands of political opponents.

Yahoo! News reported Wednesday that Media Trackers, another conservative organization, waited more than a year trying to obtain tax-exempt status from the IRS. After reapplying under the name "Greenhouse Solutions," its application was approved in three weeks.

"The real questions that needs to be asked is how many other conservative organizations were targeted and how far did this reach?" said Bryan Bernys, vice president of Leadership Institute’s campus leadership program. "I don't think we've got to the bottom of this."