Former president Barack Obama's attempt to predict the outcome of this year's NCAA basketball tournament was an egregious failure, just like his presidency, a Washington Free Beacon analysis has determined.

Filling out an NCAA bracket all eight years of his presidency was one of the most significant achievements of Obama's tenure in the White House. Obama's tournament picks were broadcast on ESPN each year during a segment called "Barack-etology." Many observers have suggested this was one of the only things Obama actually enjoyed about being president, in addition to releasing annual playlists and book recommendations.

Alas, Obama's most recent bracket was an abomination, our analysis found. The self-regarded genius had envisioned the Gonzaga Bulldogs defeating the Arizona Wildcats in tonight's NCAA championship game, yet neither team advanced beyond the round of 16. Contrary to Obama's wisdom, the North Carolina Tar Heels will face off against the Kansas Jayhawks on Monday for the national title. Kansas was the only team Obama correctly picked to make the Final Four, and one of just two teams (along with Villanova) he correctly picked to advance to the Elite Eight.

In a poor display of judgment, the former president and documentary narrator chose Kentucky to advance to the Final Four. The perennially underperforming team was humiliated in the first round by Saint Peter's, however, much in the same way that America was humiliated on the world stage during Obama's failed presidency.

In addition to narrating Netflix documentaries, Obama is currently writing volume two of his third memoir, partying with celebs, and feuding with his neighbors about the environmentally hazardous construction of his luxurious beachfront compound in Hawaii. 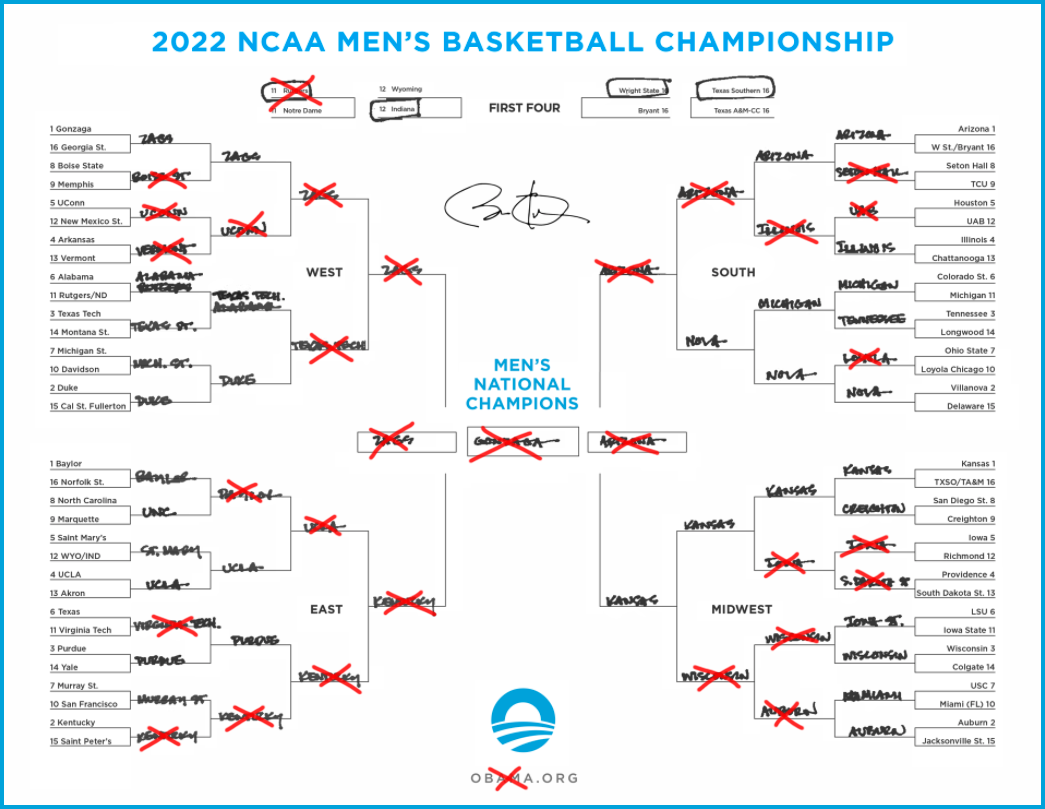