Obama Campaign Alum: Facebook Allowed Us to Exploit User Data Because ‘They Were on Our Side’

A former 2012 Barack Obama campaign official said Facebook allowed the campaign to use the platform in ways it wouldn't have allowed others to do because the company was on the campaign's side.

The revelation comes in the wake of a separate scandal in which Facebook acknowledged it gave five million users' personal information to a Cambridge professor, who then sold the information to data firm Cambridge Analytica in violation of its terms and services.

Most of the users hadn't agreed to give away their data, but it occurred as a result of a loophole in which users could consent to give away their friend lists as well. The firm was then hired by the Donald Trump campaign in the 2016 election.

In response, Carol Davidsen, former director of Obama for America’s Integration and Media Analytics, acknowledged on Twitter that the campaign had taken advantage of a similar exploit.

An article written in 2012 about a project code named tärgus https://t.co/cuwy4MhkPm

As the linked post-2012 election Time piece noted, "the more than 1 million Obama backers who signed up for the app gave the campaign permission to look at their Facebook friend lists. In an instant, the campaign had a way to see the hidden young voters."

In 2013, the New York Times likewise reported that Facebook knew about the exploit but treated it with indifference. "They’d sigh and say, ‘You can do this as long as you stop doing it on Nov. 7,’" a former Obama campaign data staffer recalled.

But Davidsen went even further, revealing Facebook told the campaign after the election that it would continue to allow access because the social media giant was "on [their] side."

Facebook was surprised we were able to suck out the whole social graph, but they didn’t stop us once they realized that was what we were doing.

They came to office in the days following election recruiting & were very candid that they allowed us to do things they wouldn’t have allowed someone else to do because they were on our side.

The revelation comes after a whistleblower alleged in 2016 that Facebook's news "curators" had a liberal bias, boosting liberal stories and outlets while blocking conservative outlets from "trending" on the site. 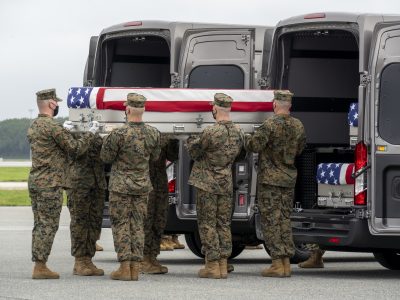