The Florida man who was arrested on Tuesday for threatening the life of President-elect Donald Trump on Twitter is a close family friend of former President Bill Clinton and his wife, Hillary Clinton.

Dominic Puopolo Jr. is part of a "prominent northeast family" with ties to the Clintons, the Daily Mail reported on Thursday.

Hillary Clinton gave the eulogy of Puopolo's mother, Sonia, who died during the attack on the World Trade Center on September 11, 2001.

Clinton referred to him as "Dom Jr.'s latest computer wizardry" during the speech about his mother.

He has also given $20,000 to the Democratic National Committee.

Puopolo Jr. is currently being held without bail for a tweet where he said he was going to show up at the inauguration and assassinate the president-elect.

The tweet said, "This is the 16th of January 2017, I will be at the review/ inauguration and I will kill President Trump, President elect Trump today."

The family ties stretch from Puopolo Jr. to his sister, Sonia Tita Puopolo. 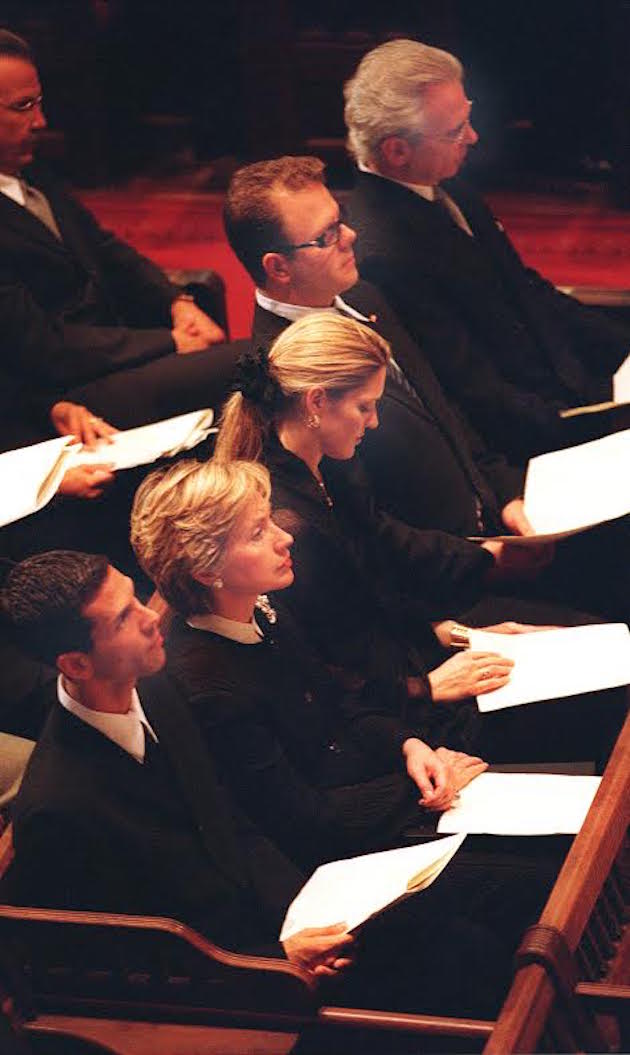 Hillary Rodman Clinton sits with the Puopolo family during a memorial service for Democratic activist Sonia Puopolo. Puopolo's husband Dominic and Dominic, Jr. are at the top. Photo by Wendy Maeda/The Boston Globe via Getty Images

Her Facebook page contains photos of her and Hillary.