A radical left-wing activist group organizing a pro-abortion protest outside the home of Supreme Court justice Brett Kavanaugh had some interesting advice for prospective attendees. An addendum to the notice announcing the protest urged activists "to be as inclusive as possible in your language" while making a ruckus outside Kavanaugh's home in Washington, D.C.

"Women and girls are not the only people who can get pregnant and need abortions," the organizers from ShutDownDC wrote. That's going to be rather inconvenient for anyone who was planning to reuse old signage about stopping the "war on women," but at least they've been given a few days to prepare. Alas, "Stop the war on people who can get pregnant" has far too many syllables to incorporate into a catchy chant.

Additionally, the protest organizers cautioned attendees to "please avoid comparing U.S. abortion-restricting politicians to the Taliban" because it would be unfair to the Taliban. (No, seriously.) "The former are a distinctly homegrown phenomenon and ignoring that in favor of such comparisons is Islamophobic," they explained.

Since the Taliban's rapid takeover in Afghanistan, even prominent Democrats have delighted in comparing people they don't like to the militant Islamist group. "Have you noticed how strikingly similar both the mindsets and actions are between the suicide bombers at Kabul’s airport, and the anti-mask and anti-vax people here?" wrote Arne Duncan, an Islamophobe who served seven years as former president Barack Obama's secretary of education.

The protest is scheduled to take place on the evening of Monday, Sept. 13. ShutDownDC, a left-wing activist group that purports to use "strategic direct action to advance justice and hold officials accountable," said they intend to "make our voices heard" by calling for Kavanaugh's resignation and telling him to "keep your oppressive ideology out of our bodies."

Earlier this year, ShutDownDC organized a small gathering outside the Virginia home of Sen. Josh Hawley (R., Mo.), where protesters used a bullhorn to yell at his wife. (The senator wasn't there.) They also left a copy of the U.S. Constitution on his doorstep. It was very sad. 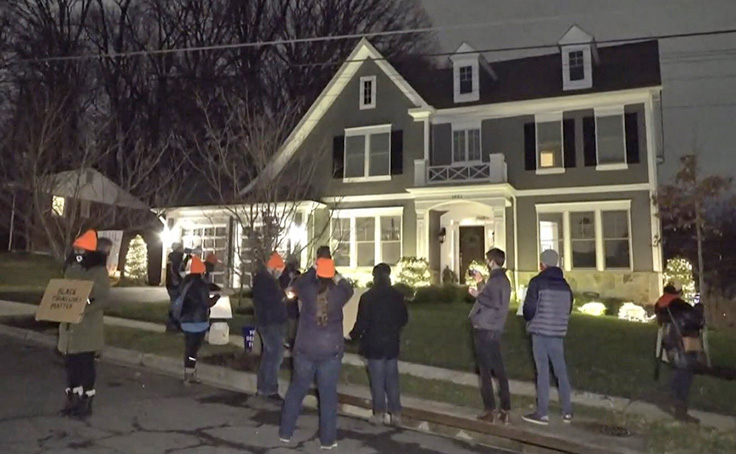