A parody of the new book by journalist Michael Wolff on the deficiencies of the Trump White House went viral Thursday, but at least some people fell for the obvious fake.

The parody Twitter account @pixelatedboat pasted a fake "excerpt" of Wolff's book claiming that President Donald Trump demanded his staff provide him a "Gorilla channel" where he could watch and whisper to fighting gorillas on TV up to 17 hours a day.

Wow, this extract from Wolff’s book is a shocking insight into Trump’s mind: pic.twitter.com/1ZecclggSa

— the gorilla channel thing is a joke (@pixelatedboat) January 5, 2018

The joke went viral, with most people being in on the joke. But so many people fell for the fake story that the account changed its name to "the gorilla channel thing is a joke."

By then it was too late, however. The more conspiratorial elements of the anti-Trump Twitter world were hardest hit, with the #Resistance's Scott Dworkin and Eric Garland falling for it. 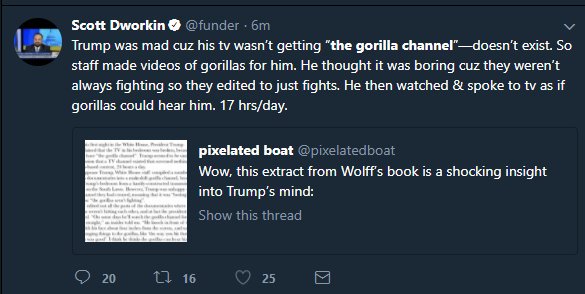 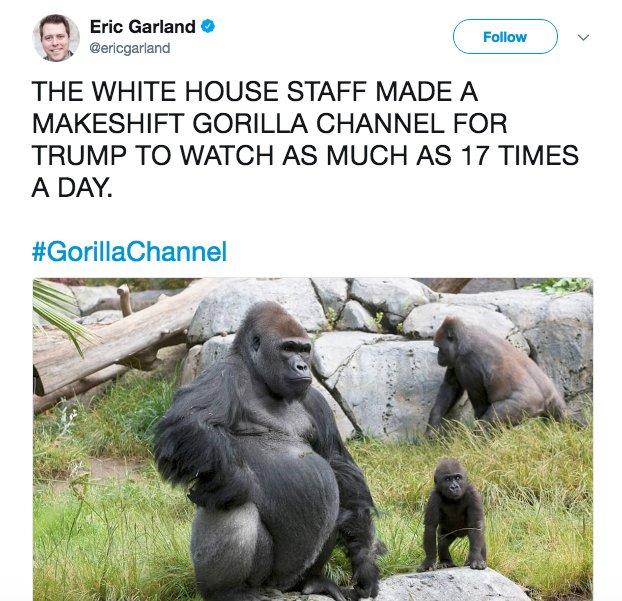 Others like MSNBC contributor Touré and Academy Award-winning actor Don Cheadle did not believe the story, but seemed to think it was actually from Wolff's book. 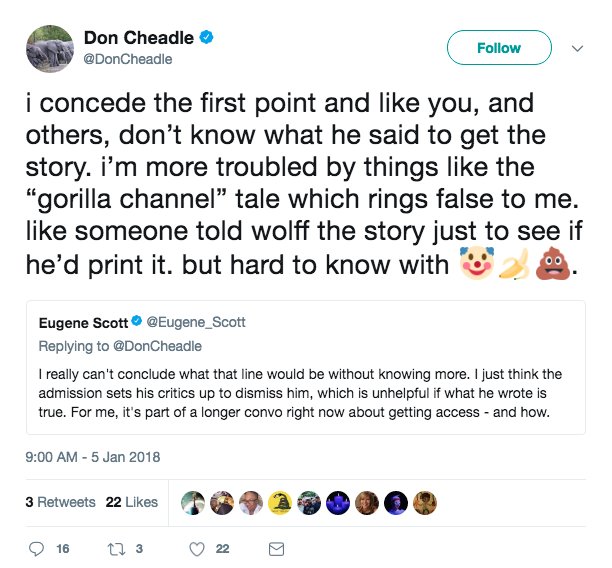 New York Times columnist Farhad Manjoo was unsure and forced to ask others whether or not White House staffers actually set up a transmission tower on the South Lawn to beam in gorilla documentaries to Trump's TV set. 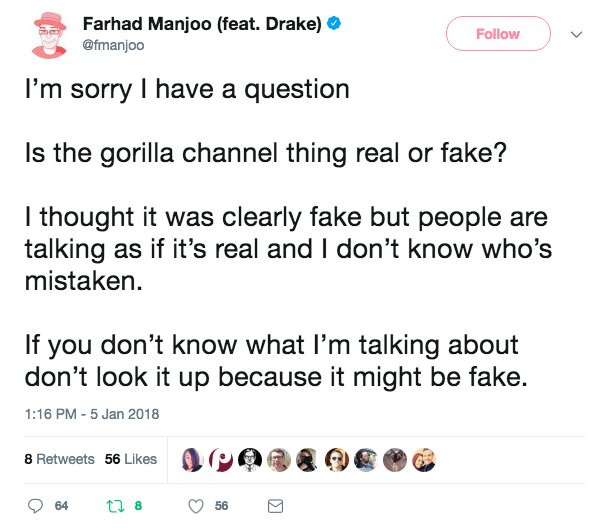