The Democracy Alliance takes pains to ensure that its work disbursing millions of dollars to top left-wing organizations remains secretive and free from public scrutiny. But a document left on the floor of the group’s recent gathering reveals for the first time the names of a number of individuals involved in the effort.

It lists new Democracy Alliance "partners," individuals who every year must pay $30,000 in dues and contribute at least $200,000 to the groups that DA supports. It also reveals names of DA "advisers," foundation participants, and individuals getting a "sneak peek" at the group’s activities.

Among its new partners are top labor union bosses, financial and business leaders, and heirs to billion-dollar fortunes who have made names for themselves as high-dollar Democratic donors.

Security was tight at the Democracy Alliance conference last week at the chic Ritz Carlton in Chicago. Politico reporter Ken Vogel was manhandled by security when he tried to interview an attendee. Other conference-goers ripped off their nametags when a Washington Free Beacon reporter approached.

The Democracy Alliance does not actually accept donations. Instead, it solicits contributions from left-wing millionaires and billionaires, and serves as a "pass through" between those donors and top liberal advocacy groups, including the Center for American Progress, Media Matters for America, and Democratic Super PAC Priorities USA.

The group emphasizes secrecy in all of its operations, even as its members and the DA "favored organizations" to which they donate decry the role of "dark money" in American politics. DA does not disclose details of any of the transactions it facilitates, and its members and donation recipients are prohibited from speaking publicly about the organization and its operations.

While few conference attendees would speak with the Free Beacon last week, one mistakenly left a revealing document on the floor of a publicly accessible area of the conference. The list of new partners provides previously unreported details on one of the left’s most powerful dark money groups. 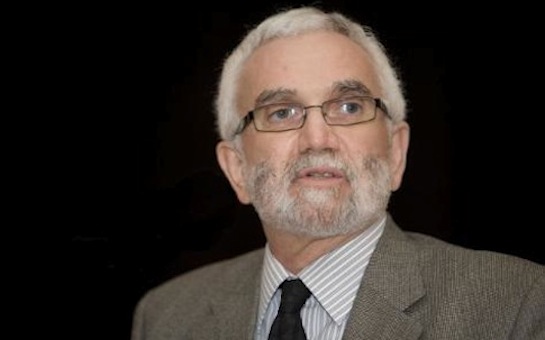 Labor unions have for decades served as financiers for some of the left’s most prominent think tanks and activist groups. The list of new DA partner reveals increasing involvement by top labor bosses in the group’s work financing those organizations.

New members in 2014 include Noel Beasley, president of Workers United, a textile union affiliated with the Service Employees International Union, and Keith Mestrich, president of the union-owned Amalgamated Bank, where Beasley, also a SEIU vice president, serves as chairman.

Amalgamated, which is majority-owned by the SEIU, is still owed $8.5 million by the Democratic National Committee for a pair of loans taken out in 2012 to support the DNC’s work to reelect President Barack Obama.

"We are a partisan bank that’s owned by a union," Mestrich told the Washington Post last year. "There’s no question that unions are very tight with the Democratic Party, and we make no bones about that." He would not answer questions about the bank’s involvement with the Democracy Alliance at last week’s conference.

The addition of top officials at Workers United and Amalgamated comes after DA added other top labor bosses in 2013, according to the list of new members.

Weingarten and Cohen both sit on the board of the Economic Policies Institute, a labor-funded think tank. Richard Trumka, who attended last week’s conference, is also a board member, as are SEIU president and DA board member Mary Kay Henry, and one-time DA board member Robert Johnson.

While union higher ups are well compensated—Weingarten and Cohen made $550,000 and $200,000 in 2012, respectively, while Ringuette and Kohl each pulled down more than $150,000—the $100,000 minimum aggregate contribution requirement likely means that AFT and CWA, rather than the individuals listed, are the entities providing DA pass-through funds, with top union officials serving as liaisons. 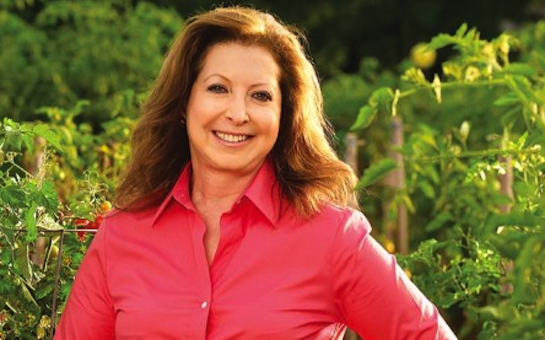 Many of DA’s new partners, though, have the personal financial means to support its favored organizations, due either to their own successful business ventures or to large inheritances.

Amy Goldman is one of the country’s foremost horticulturalists, but her fortune comes from her status as heiress to one of the largest real estate fortunes ever amassed. Goldman’s father, Sol, owned nearly 600 New York commercial real estate properties when he died in 1987. At one point, he owned the famed Chrysler Building.

The ensuing legal battle over his $1 billion estate was at the time the largest ever to take place in New York’s Surrogate Court, more than doubling the previous record.

Amy Goldman has since become one of the Democratic Party’s largest individual campaign contributors. Goldman has donated more than $6 million to Democratic candidates, party organs, interest groups, and independent expenditure groups since 1990.

Goldman has donated nearly $9,000 to Obama, and more than $13,000 to Hillary Clinton’s 2008 presidential campaign and independent groups supporting that effort. 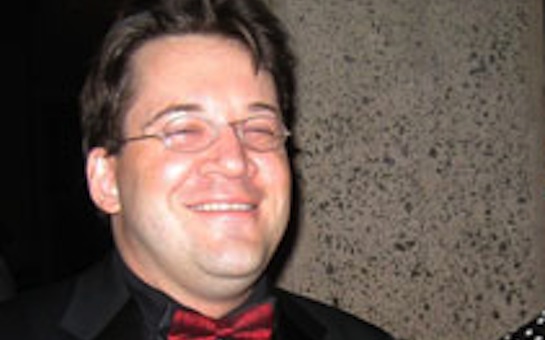 Another benefactor of a massive inheritance that appears on DA’s new partner list was donating tens of thousands of dollars to Democrats while he was still in school.

Philip Munger is the son of Berkshire Hathaway vice chairman and Warren Buffett lieutenant Charles Munger, whose estimated net worth is $1.2 billion, according to Forbes. Munger the younger is a professor at the New School in New York City. Despite living on an educator’s salary, he also manages to donate vast sums to Democratic politicians.

Munger has shelled out more than $700,000 in political contributions since 1990, all to Democrats or liberal interest groups. He donated $46,300 while he was still a student, according to FEC forms that require donors to disclose their profession.

Munger was among the first donors to OFA, topping the group’s list of "founding members" with a $250,000 contribution.

More inherited wealth will likely flow through DA from Henry van Ameringen, heir to the International Flavors and Fragrance fortune. Van Ameringen is another massive Democratic donor. He has donated more than $900,000 to Democrats since 1990.

Van Ameringen was the 21st largest individual contributor to 527 "political action committees" in 2012, according to the Center for Responsive Politics. He is the ninth largest donor to those groups in the current election cycle.

Much of van Ameringen’s political activity is aimed at promoting gay rights. He attended a $35,800 per-plate fundraiser for Obama in 2012 that solicited support from wealthy gay and lesbian individuals. The event raised an estimated $1.4 million for the president’s reelection.

His promotion of gay rights has occasionally expanded into condemnation of religious conservatism. In announcing a $100,000 donation from van Ameringen to the group Truth Wins Out, TWO’s executive director condemned "religious extremists" in the United States who are "literally getting away with murder from Uganda to Russia."

Some new DA partners include individuals with their own successful business careers.

Adam Abram made his fortune in insurance and real estate. He sold his company, James River Group, to Bermuda-based Franklin Holdings in 2007. Abram is currently Franklin’s chairman. He also founded Adaron Group, a commercial real estate developer in North Carolina.

Some of Abram’s recent ventures have come under scrutiny for alleged cronyism. James River Group provided $15,000 in financing for an economic impact study that recommended construction of an airport in the research triangle region of North Carolina. The company indicated that the airport was "’very important’ or ‘essential’ to [its] business," according to the study.

Some residents saw that as a financial conflict. "As a resident of rural Orange County … I find it deeply disturbing that companies like the James River Group fund an economic study and they themselves want the airport because the airport will benefit their businesses," one resident wrote.

Many of Abram’s political contributions have focused on specific policy issues. In 2009, he offered to match all contributions up to $5,000 to the North Carolina chapter of the American Civil Liberties Union.

Abram has been critical of the Obama administration’s civil liberties record and tactics in the war on terror. He wrote a 2011 column for the Raleigh News-Observer criticizing legislation eventually signed by Obama that granted the executive wide latitude in detaining and trying suspected terrorists.

Despite those misgivings, Abram has donated $4,600 to Obama, according to the Center for Responsive Politics.

Other individuals on DA’s list of new partners have been far friendlier to Obama. Rick Segal, CEO of financial services firm Seavest, bundled between $250,000 and $500,000 for the president’s reelection campaign, in addition to his $165,000 in political contributions since 1990.

Boskind is the CEO of Deer Oaks Mental Health Associates, a Texas based mental health organization. He is also involved in theater, producing a number of plays designed to promote liberal political sensibilities, including Gore Vidal’s "The Best Man."

These and other individuals (full list below) are some of DA’s newest partners, but the list also includes a host of individuals with other statuses at the organization.

The Nation editor Katrina vanden Heuvel was given a "sneak peak," according to the list. Lee Wasserman and Lisa Guide of the Rockefeller Family Fund are listed as "committed." Joan Davidson, heir to the Welch juice fortune and president emeritus of the J.M. Kaplan Fund, is listed under the status "convening."

The Democracy Alliance did not respond to requests for comment or additional information about the roles that DA partners and other individuals listed on the document play.

On the back of the document, someone took notes that appeared to refer to potential or actual donations by individuals and groups affiliated with the DA.

Larry Cohen: President of the Communications Workers of America.

Randi Weingarten: President of the American Federation of Teachers.

George Kohl: Senior director of the Communications Workers of America.

Michelle Ringuette: Assistant to the president of the American Federation of Teachers.

Ryan Smith: Unknown. It was originally reported that Smith was the CEO of Qualtrics, but that was not the case.