The National Labor Relations Board (NLRB) on Monday ordered members of the International Board of Teamsters Local 107, Pennsylvania’s self-described "most powerful labor organization," to stop assaulting and spitting on employees, vandalizing vehicles, and obstructing business operations at the Eureka Stone Quarry, Inc.

Jim Morrissey III, whose grandfather started the cement mixing and construction service company, launched the suit after striking drivers dragged a company mechanic from his truck after obstructing the road with nails—an incident captured on surveillance tape.

"He was scared to death, surrounded by six to eight guys he thought were his friends," Morrissey said.

"This fella’s so litigious that anything that’s said or done with this particular labor dispute is exaggerated," Dougherty said. "We normally don’t comment on the NLRB decisions."

Morrissey says he is not anti-labor. He decided to appeal to federal authorities after concluding that local officials would turn a blind eye to the issues plaguing his business.

"I had no choice but the NLRB: They said they were going to put me out of business and they’ve put a tremendous amount of pressure on other groups to not hire us," he said. "The unions in Philly run the show; it’s a big joke with the police and the politicians—they just look the other way."

Leo Knepper, executive director at the Citizens Alliance of Pennsylvania, said the legacy of union dominance in the "Keystone State" has created an aura of invincibility among labor groups.

"When anything threatens [union] interests, they react violently," he said. "Unions have such a strong influence in local politics that it gives them carte blanche to do whatever they want because no one is willing to enforce the law against these guys."

Morrissey says union intimidation tactics are no longer effective with the availability and affordability of surveillance.

"When you have them on tape, they can’t deny it," he said. "Technology changes everything and the unions aren’t savvy enough to get that."

No company has employed technology as devastatingly as Post Brothers Apartments, a real estate firm engaged in a drawn out and oftentimes violent campaign by the Philadelphia Building and Construction Trades Council over a $38 million apartment development at the abandoned Goldtex shoe factory.

Post Brothers awarded half of its construction contracts to union shops. The council demanded 100 percent of the contracts and began picketing and vandalizing the site when construction began in 2012.

The company launched a public campaign of its own after workers discovered feces and urine scattered at the site, oil dumped on its parking lot, and asbestos installed in walls, according to Post Brothers CEO Michael Pestronk.

The company has posted YouTube videos of union leaders assaulting security guards, shared photos of smashed windshields on a public Google Docs account, and argued its case against the unions through its website, PhillyBully.com.

"Our employees feared for their lives, so we got the equipment for personal protection," Pestronk said. "It wasn’t some masterful calculation: changing political institutions [or] buying politicians costs millions, posting videos to YouTube is cheap and it gets you public attention."

The Trades Council did not return calls for comment.

The website is already paying dividends. A union member allegedly assaulted Post Brothers employees Chris Gardner and Matt Hunt in December with a crowbar after they attempted to park their car near the work site. Gardner was arrested for assault when he subdued his attacker, who was not charged in the incident.

The police dropped the charges on Tuesday thanks in part to the company’s photo and video evidence, "but mostly because our attorney threatened to sue the city, the police, and the [district attorney]," Pestronk said.

The young real estate executive said he hopes PhillyBully.com "sets an example" on how to combat union intimidation.

"They’re getting desperate so it appears [violence] has been ramping up," he said. "The mainstream media is not calling attention to it, so it really helps to use YouTube to subvert them and make them pay attention."

New media is not the only tactic businesses are using to curb union violence. The eastern Pennsylvania chapter of the Association of Builders and Contractors, which represents open shop construction companies, is now offering a $50,000 reward for information leading to the arrest and conviction of the union members suspected of burning down a Quaker meetinghouse construction site a few days before Christmas.

"We’ve seen a steady pattern of violence on open shop projects in Philadelphia—anytime open house contractors come in there’s retaliation," said chapter president Mary Tebeau. "We’re afraid that business owners and developers will bypass this area, so to combat that we came up with a reward to punish those responsible for the bombing."

A Philadelphia Police Department spokeswoman told the Washington Free Beacon that there have been no arrests in connection to the incident.

Robert Reeves, president of E. Allen Reeves, Inc., the firm building the Quaker meetinghouse, echoed Tebeau’s concerns, adding that bounties will not do much to deter future violence without institutional change.

"I think there’s a resurgence in violence because unions are contemplating their loss of market share," he said. "I wish that leaders in the Philadelphia region would speak up against violence. They don’t tolerate it in schools, but they look the other way when it’s their supporters."

Some politicians at the state level are looking to diminish the amount of influence wielded by unions at the state and local level through labor reforms, including right-to-work legislation introduced earlier this year.

"There are a lot of unfair policies enacted on behalf of Big Labor back when it had clout, but the demographics spell trouble for unions," central Pennsylvania state Rep. Stephen Bloom said. "The Philadelphia area is still a bastion for union influence, but it’s waning there as it is across the state and the balance of power is shifting and inevitably we’ll get to the point where we’ll adopt labor reforms necessary for economic survival." 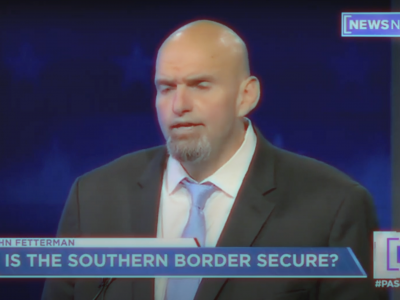