Like many Republicans, I like rich guys, especially rich white guys. For me, they're the original ballers. The egg-heads in Washington might talk about smaller government and lower taxes. But when it's primary season, this Republican is looking for a cool rich Caucasian male, what we used to call a leader.

That's why I started the Draft Sondland Movement back in 2015 (we called ourselves the DSM mafia). There were only a few of us, but we set up some key pre-endorsement meetings with contacts at the National Hospitality Association and Netflix. It's a shame, we didn't get anywhere. This guy had it all. Trump only pretends to own his hotels and give to charity. Here was the real deal. A hotelier who cares. Sondland had the goods.

Eventually, the DSM mafia realized Sondland and his family were not taking the steps necessary to run for president, but we stayed in touch over the months. I would email him YouTube video clips of Gordon Ramsey shows, and he would inform me that the email address I was using was no longer in service. But I still kept tabs on my guy.

It turns out Gordon Sondland was working to effect change behind the scenes. He was a donor. And that made perfect sense. If there's one thing all rich men love to do, it's giving away money. I wrote a memo in 2015 about how Sondland could destroy Trump in South Carolina if he ran on his philanthropy record. We're talking about the Gordon Sondland and Katherine J. Durant Foundation here—a name synonymous with giving.

When Sondland's generosity turned to the Trump inaugural, I was surprised. Following Gordon's lead, I was a Never Trumper for most of the summer of 2016. But he was making a bet on the guy who just won the presidency, now. This was different. Would it work?

Per usual, Sondland was three steps ahead. His donation to the inauguration committee unlocked a lot of doors. The Gordon Sondland brand was a rocket ship in D.C. And with Sondland getting into Trump's inner circle on Ukraine, here was a diplomatic dream team about to make history.

At least that's what I hoped. It turned out that Sondland got caught in the middle of some of Trump's classic seven dimensional chess. You've all read about him in the papers—he had to witness against the man whose inauguration he made possible.

Well, guess what. I don't care. I'm a Gordon Sondland Republican. I watched every minute of his testimony and read all the stories. It was classic Gordon. He's a master tap dancer with a whimsical smile. That's why he gave two different accounts to the House Intelligence Committee. He's got a story for everyone. That's what a hotelier does: He keeps the doors open.

That's why he was such a damn good diplomat. That's why he always picked up the check at Ukrainian restaurants. So in honor of a great man going through a rough patch, please allow this verse, inspired by Billy Joel's, "She's Always A Woman."

He can shrug and defuse a tense têt-à-têt
He will smile like a man who is prone to forget
Gives more than one version of testimony
He'll fund you, he'll text you, he's always a Sondland to me. 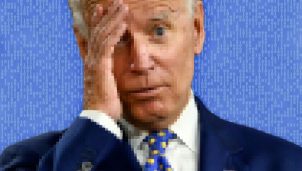 I Forced a Bot to Write A Joe Biden Acceptance Speech. Here Are The 10 Most Powerful Lines.