As Gov. Pat Quinn (D., Ill.) faces criticism for patronage hires in state agencies, documents reveal that his administration helped secure a senior government job for a woman who was in a relationship with a prominent state Democrat.

An Illinois judge last week appointed a monitor to oversee hiring at the Illinois Department of Transportation (IDOT) after concerns were raised that the Quinn administration was making hires based on political considerations rather than job qualifications.

At the center of Quinn’s controversial hiring at IDOT were charges that the administration was giving politically connected workers exempt positions to ease the hiring process, and then improperly transferring them to non-exempt roles.

Documents show that earlier this year a senior position at the Illinois Department of Employment Security (IDES) was given to Anne Szkatulski at the request of IDES director Jay Rowell.

Szkatulski previously worked as deputy director for legislative affairs at the Illinois Attorney General’s office, but she left that position in December 2013.

Internal IDES emails from early March show that a member of Rowell’s staff directed a human resources official to set up an interview with Szkatulski. Attached in the email was Szkatulski’s resume, along with a description of the job she was to be interviewed for.

Just 10 days later, Rowell was notified by human resources that Szkatulski's "exempt appointment" to the position in his office had been approved.

A letter was sent that day by IDES to Szkatulski congratulating her on her "appointment to a Senior Public Service Administrator, Option 1, Principal Assistant to the Director of the Illinois Department of Employment Security."

Official hiring documents show that Szkatulski was the only applicant for the IDES position, and also that it was a non-posted position. The document also confirms that Rowell recommended Szkatulski for the position.

Further documents show that a special salary request was made for Szkatulski calling for a 20 percent increase of her most recent salary with the Attorney General’s office, stating that the "position is crucial to the effective operation of the Agency." The salary increase was no concern to Illinois, as the exempt appointment would be funded entirely with federal funding, according to the funding application filed for her position.

Internal workflow documents show that the final approval for the position came from Ryan Croke, who is Quinn’s chief of staff.

Further email records from Szkatulski’s time working at the attorney general’s office provide a clue into how she may have been able to secure such a fluid hiring process.

The emails show that during her time with the attorney general, a billing dispute arose regarding a lodging expense received by accounting for a room that she did not check in for. Szkatulski explained to accounting that she had a "friend staying with me in the hotel … so naturally I paid for the hotel room myself for both nights," and that accounting should not have received any bill from the hotel.

That friend, she reveals in the email, was Democratic state senator Michael Frerichs.

Frerichs paid for the hotel room that they stayed in. He made a $333 per diem claim for the days spent with Szkatulski.

Szkatulski left the attorney general’s office as the dispute was being settled.

Prior to Rowell’s appointment at IDES, he was the political director for Illinois Senate Democrats, where he likely worked closely with Frerichs, who has been a member of the state senate since 2007.

Szkatulski has also been professionally tied to Frerichs.

When Szkatulski was the deputy director of legislative affairs for the attorney general, the office was the "key referee" for fracking legislation that was spearheaded by Frerichs.

Frerichs would win the support of the attorney general’s office for his legislation.

Szkatulski has been an outspoken supporter of several of Frerichs' political endeavors.

"Here we go—Mike Frerichs is officially running for Treasurer! Spread the word! #MikeforIL #TeamFrerichs," she wrote on her Twitter account on January 22. "Incredible hometown turnout for @MikeforIllinois in #Champaign tonight," she wrote that same day. 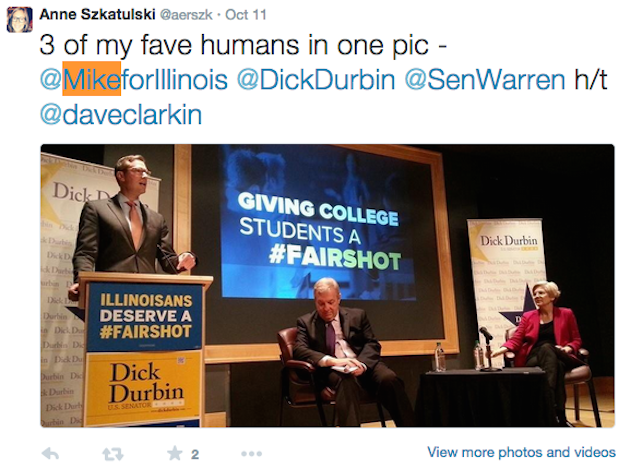 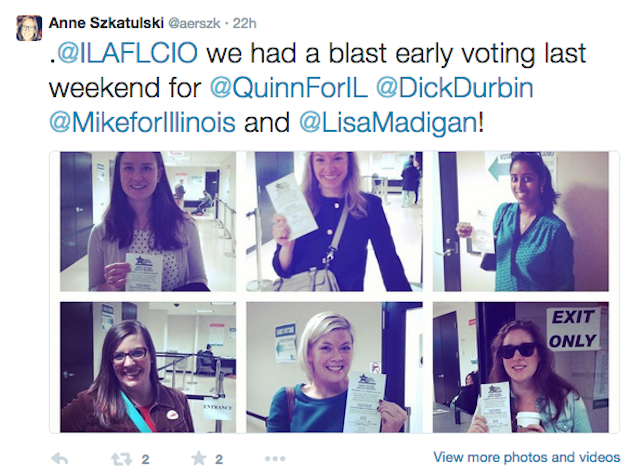 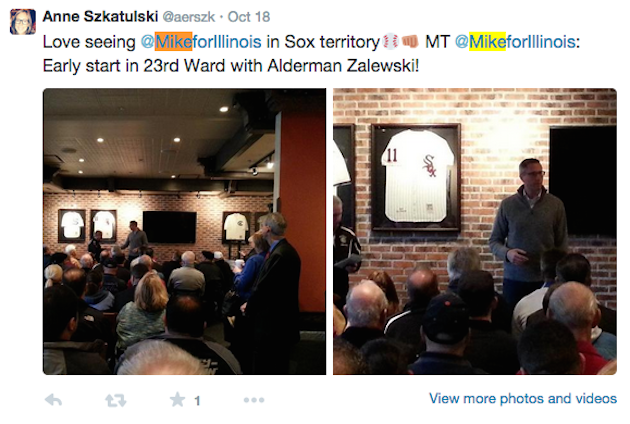 Frerichs is known for using his political weight in Illinois to secure jobs for those close to him.

The Champaign News-Gazette in 2007 noted that "Democrats passed over a better-qualified employee in the [Champaign] supervisor of assessments office … to satisfy current state Sen. Mike Frerichs' desire to find a good job for his former campaign manager."

Two years later, the Champaign News-Gazette blamed the appointment of Champaign’s auditor on Frerichs, saying that the auditor "never would have been in the position to take advantage of the public if he hadn't had an influential political patron (former auditor and current state Sen. Michael Frerichs) and supportive friends among the Democrats on the county board."

Neither IDES or the campaign office for Frerichs responded to requests for comment. Gov. Quinn's office also did not return a request for comment by press time.