Co-writer of the Dodd-Frank Act, former Rep. Barney Frank (D., Mass.), said on Monday the bill is "not as clear cut as I wish it was."

Frank joined Michelle Caruso-Cabrera on CNBC where he discussed who he believed to be the right person to run the Consumer Financial Protection Bureau (CFPB), which was created and outlined in the Dodd-Frank Act.

The language in the bill is not very clear and there has been confusion, and debate, over whether the president has the right to appoint the head of the CFPB when there is a vacancy, or if the past director has the ability to appoint the next head.

The former representative made it clear he believed Richard Cordray, the outgoing Director of the CFPB, had the right to appoint the next director.

"This is not as clear cut as I wish it was," Frank said. "I think my side is right, but it is also clear that people’s view of the law here, on the whole, is influenced by what they want to see."

"The President’s purported or intended appointment of defendant Mulvaney as Acting Director of the CFPB is unlawful," English's lawsuit said.

English also released a statement regarding the lawsuit.

"The talented and hard-working CFPB staff stand up for consumers every day. As Acting Director, I am filing this lawsuit to stand up for the CFPB," English's statement said.

The CFPB's own general counsel, Mary E. McLeod, came out with a letter stating Trump had the authority to name an acting director.

"I advise all Bureau personnel to act consistently with the understanding that Director Mulvaney is the Acting Director of the CFPB," McLeod wrote in a letter to CFPB senior leaders.

Mulvaney arrived to work on Monday and brought donuts for his first day as acting director. 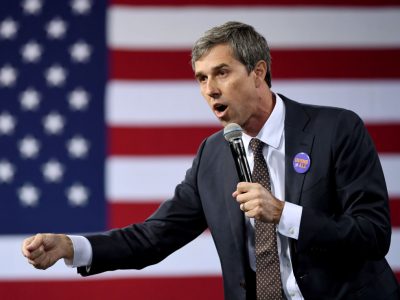 Barney Frank: Beto O’Rourke ‘May Be Regretting That He’s Straight’ 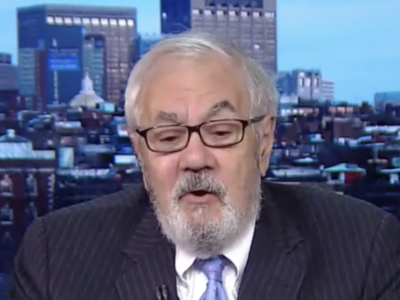