Feinstein Under Fire From Catholics, Liberals

Democratic Sen. Dianne Feinstein's criticism of a judicial nominee's faith led to accusations of religious discrimination Thursday at a time when liberal activists are campaigning to unseat the California senator as the leading Democrat on the Senate Judiciary Committee.

Sen. Feinstein (Calif.) said the Catholic faith of Notre Dame Law School Prof. Amy Barrett was "of concern" in her nomination to the Seventh Circuit Court of Appeals. Barrett, a mother of seven children who received a majority "well qualified" rating from the American Bar Association, testified that she "would never impose my own personal convictions on the law" in response to questions over the issue of abortion. Feinstein, the ranking member on the committee, said she was still concerned about Barrett's religious commitments.

"The dogma lives loudly within you and that's of concern," Feinstein said.

The remarks sparked outcry from the Catholic Association, which condemned her "shockingly illegitimate line of questioning." Ashley McGuire, a senior fellow at the group, said Feinstein's remarks represented a religious litmus test for Catholics seeking to serve in public life.

"Senator Feinstein's shockingly illegitimate line of questioning sends the message that Catholics need not apply as federal judges," McGuire said in a statement. "Rather that unconstitutionally discriminating against Amy Barrett on the basis of her faith, Senator Feinstein should focus on her exceptional qualifications for the job."

Feinstein was not the only Democrat to bring up Barrett's faith during the course of her Wednesday confirmation hearing. Sen. Dick Durbin (D., Ill.), the second-highest-ranking Democrat in the Senate, also brought up Barrett's faith, asking her, "Do you consider yourself an Orthodox Catholic?"

Maureen Ferguson, a senior policy advisor at the Catholic Association, criticized Durbin, a fellow Catholic, for a perceived double standard, saying he would never ask the same question of a person from another faith.

"Imagine the universal outrage had a nominee of a different faith been asked the same questions; there is clearly a double standard at work," Ferguson said in a statement. "Senators Feinstein and Durbin know full well that the Constitution prohibits any religious test for office, yet they proceeded with an offensive grilling of a highly qualified judicial nominee, Amy Coney Barrett, asking inappropriate questions about her Catholic faith."

Durbin denied that his line of questioning represented a litmus test based on religion and also pointed to Sen. Ted Cruz (R., Tex.) for also asking about Barrett's faith in the context of the death penalty in a statement. He said that her outspoken views about the intersection of law and religion invited questions about both.
"I prefaced my remarks by saying that going into a person’s religion is not the right thing to do in every circumstance. But she’s been outspoken," Durbin said in a statement. "As a law school professor at Notre Dame she has taken on the tough challenge of how a person with strong religious beliefs becomes a judge and looks at American law. So I think she has fashioned herself somewhat of an expert and I didn’t feel uncomfortable asking that question."
Feinstein did not respond to request for comment.

The controversy comes as some liberal activists are calling on Senate Minority Leader Chuck Schumer (D., N.Y.) to replace Feinstein as ranking member on the committee. A petition started by Credo Action, a liberal group with ties to the dark money network Democracy Alliance, labelled Feinstein's leadership position "unacceptable" after she speculated President Donald Trump "can be a good president."

"Feinstein is not a Republican in a red state trying to appease her base. She is a Democrat in deep blue California that voted against Trump by an overwhelming 30-point margin. And as a senior member of both the Senate Judiciary and the Senate Intelligence Committees, she is one of the last Democratic members who should be giving Trump a pass," the petition says. "Democratic Leader Sen. Schumer must replace her."

Schumer did not respond to a request for comment regarding questions about Barrett's faith or the petition.

More than 1,100 people had signed the petition as of Thursday morning, 44 percent of the petition's goal of 2,500 signatories. 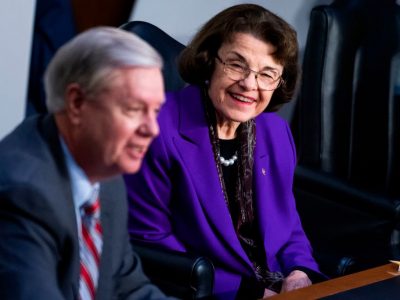 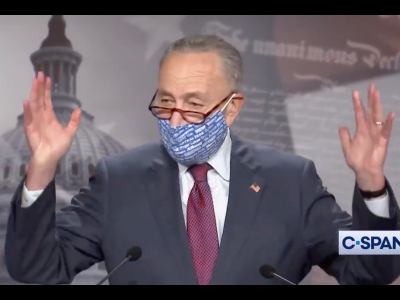 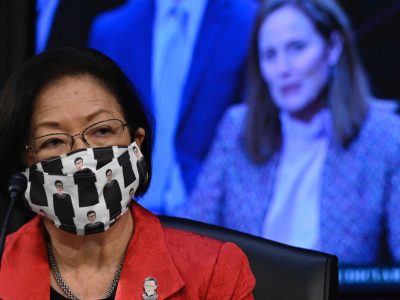