"I just decided that if anyone came up that I didn't know, I would put my mask on," Fauci replied.

The maskless indoor affair appeared to violate the district's existing health and safety guidelines, which mandate the use of masks indoors, regardless of vaccination status. The mandate is scheduled to be lifted on Nov. 22, but the élite journalists and other liberals in attendance just couldn't wait that long to mingle.

Karl posted a photo on his Instagram account that shows the guest of honor and other attendees violating the indoor mask mandate, putting countless lives at risk. The ABC News host and author of Betrayal: The Final Act of the Trump Show has a history of recklessly defying health and safety guidelines. 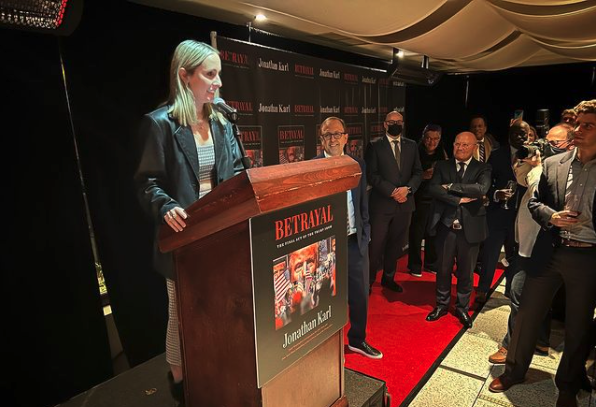 While Karl has in the past criticized others for not wearing masks, there is no evidence that he had any problem with Fauci's noncompliance with the mandate at his own party.