The plan, which is being championed by wealthy investors with deep ties to the Democratic Party, has drawn criticism from opponents who see it as an egregious violation of property rights and an exercise in political cronyism.

"This is a group of folks who want to come in and use the government to help acquire properties for them and provide an impressive return on their investment," said Steven Greenhut, a senior fellow at the Pacific Research Institute, a free-market think tank.

The meeting in San Bernadino took place amid revelations that the investors and county officials were involved in secret negotiations for nearly five months before the proposal became public.

The county, along with the cities of Ontario and Fontana, has created a joint authority to consider a plan to restructure mortgages for certain borrowers who are "underwater," meaning they owe more than their homes are worth. Officials estimate that as many as 100,000 mortgages in San Bernardino County are underwater.

The new authority would apply eminent domain power, which allows governments to forcibly acquire private property for public benefit. However, rather than seizing the physical properties in this case, the authority effectively would be purchasing the mortgages owed by the property owners, with the aim of restructuring them and selling them to investors who could then turn a profit by flipping the homes.

The proposal is being championed by a San Francisco firm called Mortgage Resolution Partners (MRP), which is closely tied to the Democratic Party and prominent liberal investors.

BJ Greenspan, the firm’s chief of staff, joined MRP after a stint at the Institute of New Economic Thinking, an organization founded and funded by billionaire financier George Soros.

Former California state treasurer Phil Angelides, who in 2009 was tapped by then-House Majority Leader Nancy Pelosi (D., Calif.) to lead a federal investigation into the causes of the financial crisis, served as executive chairman at MRP until earlier this year.

Angelides stepped down from his position in January after Reuters reported on his role and revealed a letter he sent to prospective investors, in which Angelides detailed the MRP strategy to use "legal and political leverage" to acquire underwater mortgages and resell them at a profit of up to 20 percent. Angelides referred to the firm’s political connections as its "secret formula" in the letter.

Evercore Partners, one of the investment firms MRP has enlisted to help raise funds for the proposal, is also closely tied to the Democratic Party. Evercore founder and chairman Roger Altman has bundled between $200,000 and $500,000 this cycle, and has personally contributed more than $278,000 to Democratic candidates and committees since 2007, including $7,300 to Obama.

Local officials say the plan is a last ditch effort to avoid additional foreclosures and boost tax revenue. The city of San Bernardino announced last week that it would file for bankruptcy, joining Stockton and Mammoth Lakes to become the third California municipality to do so in recent weeks.

Yet critics of the plan question its constitutionality, and it will almost certainly be challenged in court if implemented.

"This has never been tried before," said Dana Berliner, litigation director for the Institute for Justice. "Most states would prohibit this kind of taking under state constitutional law, including California, where they’ve never allowed eminent domain to benefit private parties."

Berliner was co-lead counsel in the controversial 2005 Supreme Court case Kelo v. City of New London, Conn., which expanded eminent domain authority to allow property seizure for the purpose of private economic development. A number of states responded to the decision by amending their constitutions to limit eminent domain power.

Mark Dowling, CEO of the Inland Valley Association of Realtors (IVAR), concurred. In such cases, he said, both the homeowner and the investors who own the mortgage deserve protection under the law. "This program would honor one right and deny other ones," he said.

IVAR, which is one of the largest realtor associations in the state, joined 18 other investment trade groups in sending a letter opposing the plan to county officials.

"We believe that the contemplated use of eminent domain raises very serious legal and constitutional issues," the group wrote. "It would also be immensely destructive to U.S. mortgage markets by undermining the sanctity of the contractual relationship between a borrower and creditor, and similarly undermining existing securitization transactions."

Even the liberal Los Angeles Times editorial board expressed skepticism of the plan’s efficacy, arguing that eminent domain "remains a drastic step" and that "it would be pointless to implement the … plan if every use of eminent domain drew a lawsuit."

Chris Whalen, senior managing director of Tangent Capital Partners in New York City, told the Free Beacon that he thought the group of investors was probably motivated by "relatively altruistic reasons"—trying to alleviate the housing crisis in the region—but acknowledged that the use of eminent domain was a "a pretty a extreme way to deal with it."

Whalen, however, dismissed concerns over the legality of the proposal, suggesting that local elected judges would be unlikely to reject the argument that restructuring the mortgages would benefit the local economy. Resisting the move could be difficult as well, he added, given the lengths to which private investors must often go to organize an effective legal challenge. 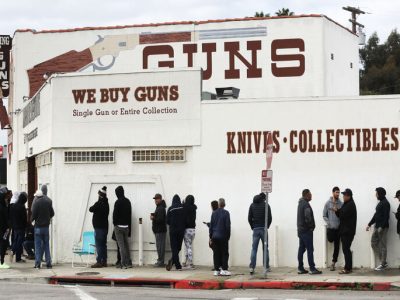