A Democratic congresswoman said drawing attention to a colleague's first job in the fast food industry is racist.

"[Franchises] provide entry level jobs for people to have first-time employment, improve themselves, and succeed," he said. "In South Carolina we particularly recognize this. U.S. Senator Tim Scott had his first job at a Chick-fil-A franchise."

Fudge took offense to the remarks.

"I have to say this. I am trying to figure out for the life of me what Tim Scott has to do with what we are talking about today. So he worked at Chick-fil-A? So what? I mean did [Wilson] bring it up because he's black?" Fudge said. "I take great offense to using a U.S. senator, who happens to be my friend, in something so ridiculous."

A spokesman for Sen. Scott said that he was not offended by Wilson's remarks. Though he never actually worked at Chick Fil-A, he credited a franchisee for helping to turn his life around at a time he was failing high school.

"Senator Scott's life was changed by John Moniz, a Chick Fil-a franchisee who became his mentor, and he is forever grateful for the lessons and values John shared," a spokesman said. "He shares this story far and wide, and takes absolutely no offense to his friend Joe Wilson's remarks during yesterday's hearing."

The senator has publicly thanked Moniz, who died when Scott was 19, for his mentorship, including in a 2010 op-ed for the Charleston Post and Courier, in numerous media accounts during his 2012 appointment to the Senate, and on his Senate website.

"Using the principles [Moniz] taught me, I eventually opened my own small business," Scott said in a 2016 Senate blog post. " I can honestly say I’m not certain where my life would have led without John, and that he helped make me the man I am today. I am so grateful for his mentorship — as it helped take a kid whose grandfather grew up picking cotton to the U.S. Senate."

Fudge and Wilson, neither of whom returned requests for comment, were debating the Saving Local Business Act, a measure that would unravel an Obama-era regulation that holds franchises and contractors liable for labor violations committed by franchisees or subcontractors. The bill would codify the previous interpretation of the law that was overturned by President Obama's National Labor Relations Board.

Critics of the board decision say that it threatens to hurt small business owners by forcing franchise parent companies to refuse to work with entrepreneurs who may not have access to pricy legal teams or insurance protection. A 2015 study found that minority business owners would be hardest hit by a crackdown on franchising, as minorities account for 20 percent of all franchisees, 30 percent higher than their share of non-franchise business ownership.

Only Democrats Are Allowed To ‘Make History’ 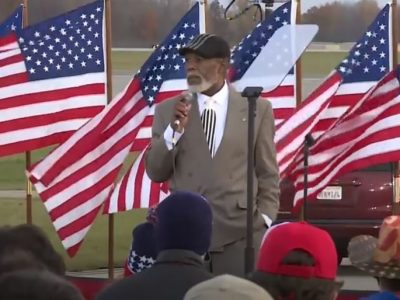 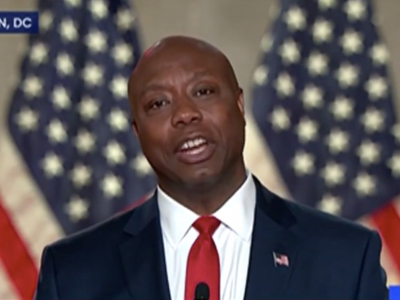 BEASTMODE: Tim Scott: My Family ‘Went from Cotton to Congress in One Lifetime’