CNN host Kate Bolduan asked Mook to look into his "crystal ball" and tell her who would win elections in West Virginia and Ohio. Mook said the former Consumer Financial Protection Bureau chief in the Obama administration, Richard Cordray, would win in Ohio's Democratic gubernatorial primary over progressive Dennis Kucinich.

"I don't think there is going to be a lot of news," Mook said. "Ohio, I think Rich Cordray is likely to win there."

"So the establishment wins over the Bernie Sanders?" Bolduan asked.

"You don't want to, that's for sure," Bolduan interjected.

"I would say Dennis Kucinich is a weak candidate and has run a really bad campaign — empirically so — and I think Rich Cordray has run a good one," Mook said. "I think he represents the kind of candidate that Democrats want right now."

Mook is known for his reliance on data analytics to predict elections, and Clinton’s 2016 campaign had an algorithm called Ada that would analyze the electoral map and tell them how to proceed. Mook relied heavily on the algorithm to determine tactics, which led to the disastrous plan to divert resources away from states like Wisconsin that ended up flipping to vote Republican in the presidential election for the first time in years.

The algorithm’s reports "would give campaign manager Robby Mook and others a detailed picture of which battleground states were most likely to tip the race in one direction or another — and guide decisions about where to spend time and deploy resources," according to the Washington Post.

In addition to his analysis of the contest between Cordray and Kucinich, Mook said West Virginia’s Republican Senate primary wasn’t likely to yield news. He said Democrat Joe Manchin will probably win reelection no matter what. 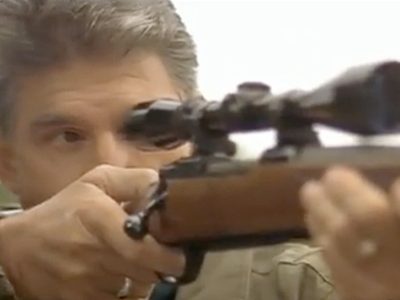