N.J. Senator to vote down Pompeo due to views on gay marriage and women's health

Sen. Cory Booker (D., N.J.) announced in dramatic fashion Friday his intent not to vote to confirm Mike Pompeo as secretary of state.

In a Facebook post, Booker noted Pompeo’s "troubling record" on "women’s health" and other issues before focusing his statement on the meaning of love as it relates to Pompeo's view of gay relationships. The senator ultimately concluded that Pompeo’s moral beliefs make him unsuitable to be secretary of state.

"I believe you can’t lead the people if you don’t love the people," Booker’s statement began.

"What does it mean that we elevate a man to be our Secretary of State—4th in line to the presidency—who believes that a gay youth is a perversion?" Booker asked.

While he was lambasting Pompeo, Booker admitted that Pompeo had pledged to treat all State Department officials with respect but argued that it was not possible as long as Pompeo himself does not support gay relationships.

"Mike Pompeo pledged to me over and over again that he would treat all those under his leadership with respect and treat them equally," Booker wrote. "But I am not sure how you truly lead others — not to mention ‘love they [sic] neighbor' — and still view a fundamental and innate part of who they are as a perversion."

He then mused about his ideals and the meaning of love, ultimately concluding that those beliefs prevent him from supporting Pompeo:

He and I are Christians. We believe in the ideal and mandate: Love thy neighbor. There are no exceptions to this.

I fail at this standard often.
I struggle to live in accordance to this ideal.
I have to consciously work at it every day.

For these and many other reasons, I will not vote to confirm Mike Pompeo.

Booker concluded with a call to love others no matter what.

"May we love more courageously, fearlessly, selflessly, and more humbly," he wrote.

He also included a picture of himself looking at Pompeo during a Senate hearing. 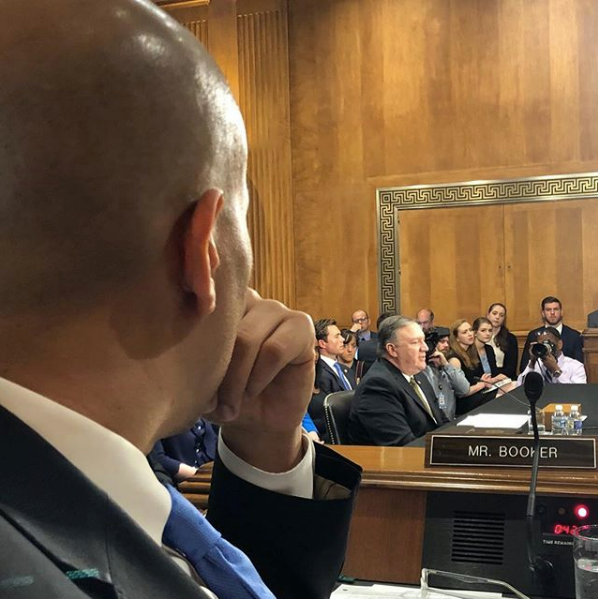 The State Department Used Your Tax Dollars To Fund a Film Festival That Depicted Drag Queens, Incest, and Pedophilia