More than a quarter million Americans have died from COVID-19 on President Joe Biden's watch, according to the Washington Free Beacon‘s proprietary death tracker. (Other media outlets have stopped counting, for some reason.)

Biden has now presided over a total of 251,995 deaths from COVID-19, the virus he promised to "shut down" during the 2020 presidential campaign. That is significantly higher than the American death toll was in October 2020, when Biden lashed out at former president Donald Trump for failing to keep the global pandemic in check.

"Two-hundred twenty-thousand Americans dead," Biden said during the final presidential debate. "Anyone who's responsible for that many deaths should not remain as president of the United States of America. We're in a situation where there are a thousand deaths a day."

As of today, the United States is in a situation where roughly 1,000 Americans are dying every day. On average, the country has recorded about 1,059 deaths from COVID-19 each day since Biden was inaugurated in January. On Sept. 14 alone, the virus killed 2,652 Americans on Biden's watch.

This isn't normal. Will our elected leaders ever be held to account for their broken promises? 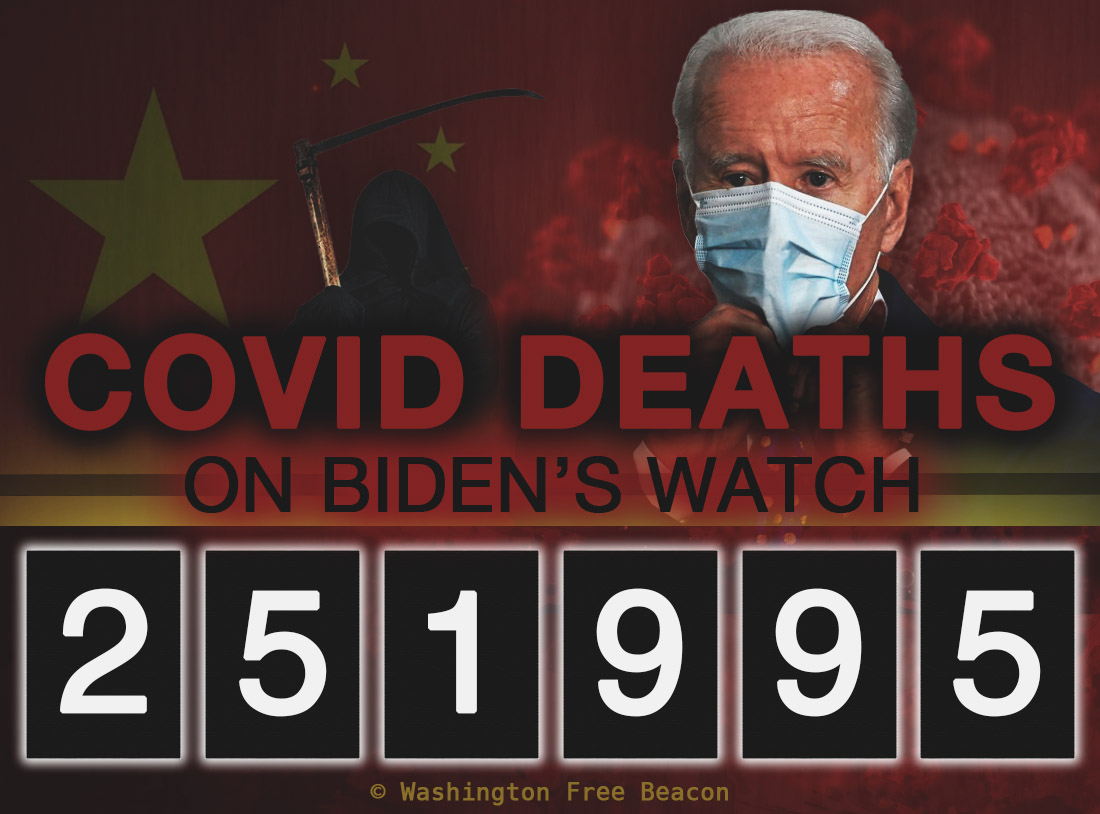