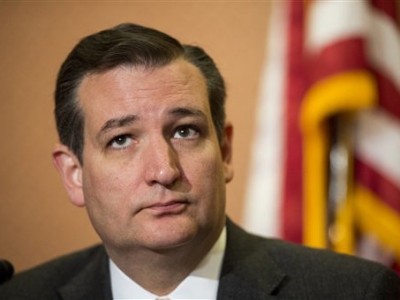 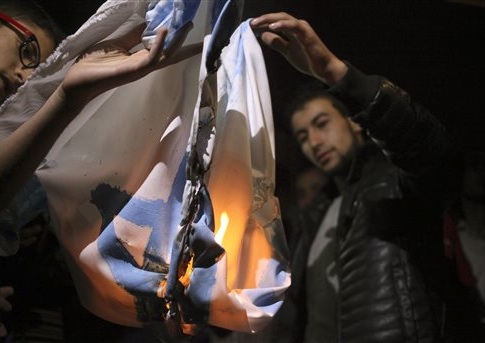 Rep. Michele Bachmann (R., Minn.) knew the White House Christmas party this week would be her last chance as a member of Congress to speak directly to President Obama. She didn’t waste the opportunity.

Despite the objections of her family members, who didn’t want to be embarrassed, Bachmann said she wanted to give some 'substantive comments" to the president. She waited until pictures were taken and her family walked off the stage.

"I turned to the president and I said, something to the effect of, ‘Mr. President, you need to bomb the Iranian nuclear facilities, because if you don’t, Iran will have a nuclear weapon on your watch and the course of world history will change,’" she told the Washington Free Beacon.

'And he got his condescending smile on his face and laughed at me and said, ‘Well Michele, it’s just not that easy.’ And I said to him, ‘No, Mr. President, you’re the president, it will happen on your watch, and you’ll have to answer to the world for this.’ And that was it and then I left. Merry Christmas," she said with a laugh.

The retiring congresswoman and Republican firebrand sat down for a wide-ranging interview with the Free Beacon on Thursday to discuss national security issues, the latest spending fight on Capitol Hill, and her plans after leaving office. She said she will remain active and give plenty of speeches ahead of the 2016 election, when Republicans will aim to retake the White House for the first time in eight years.

Her top national security concern is Iran obtaining a nuclear weapon. Some experts have said that despite negotiations to curb Iran’s program, which were recently extended for another seven months, the Islamic regime could still acquire enough weapon-grade uranium for a bomb in about two months.

Bachmann, a member of the House Permanent Select Committee on Intelligence, said she believes that Iran could procure a nuclear bomb in the next two years. Experts have told her that U.S. airstrikes could eliminate the nuclear program in about six to eight weeks, but that window begins to close by 2016.

Budget cuts to the military, as well as the loss of intelligence from the CIA’s scrapped interrogation program and the release of Guantanamo Bay prisoners, leaves the next president with fewer options to address Iran and the threat of Islamic terrorists, she said.

'If we continue on this trajectory of hollowing out our military capacities, and in my opinion our intelligence capacities … then we are looking at a very horrific option, because how long does it take then to build back up, to get that capacity to take them out," she said.

'On foreign policy … you pay for the sins decades into the future," she added.

One of the last items Bachmann will vote on before she departs Washington is funding the government. The $1.1 trillion spending bill cleared a key procedural hurdle early Thursday by just two votes, but it was unclear whether the final measure would pass or if the House Republican leadership would need to introduce a short-term funding resolution to keep the government open.

Bachmann joined other conservative Republicans in criticizing the bill for not doing enough to stymie Obama’s efforts on immigration. His recent executive order defers deportation for about 5 million illegal immigrants.

Obama’s order will strain funding for social services in several states, Bachmann said, and is also a political calculation to ensure Democratic gains in the next election.

Bachmann has frequently sparred with the GOP leadership in the House throughout her four terms in Congress. While Obama 'goes further and further left with each election," Republican leaders 'continually kick their base in the shins," she said.

Now that Republicans have won their largest House majority in decades and recaptured the Senate majority, she advised freshmen lawmakers to 'always remember who you are when you come here."

'This town didn’t give me my identity," she said, recounting that she used to listen to talk radio as a working mother and wonder 'what’s wrong with these knuckleheads" who go to Washington and 'completely check their brains at the door."

Bachmann also urged incoming lawmakers to 'never despise small beginnings." Just before the Affordable Care Act became law in March 2010, she decided on a whim to call on Americans from across the country to come to Washington and express concerns directly to their representatives. More than 40,000 arrived in the capital. Pelosi shut her office doors and told her staff to go home.

Bachmann now plans to travel across the country, giving speeches and writing op-eds ahead of what she called a 'consequential" election in 2016. Presumptive Democratic nominee Hillary Clinton will simply continue Obama’s widely criticized domestic and foreign policies, Bachmann said. Republicans for their part need to ensure that they do not nominate a candidate who is 'changing their stripes just for an election."

'If we get a very bold conservative who has a strong identification of where they want to take the country, both economically and in terms of national security, we do have a chance to have a major course correction for America in the future," she said.