The Los Angeles Times has published a lengthy exposé on disgraced trial lawyer and former Democratic presidential frontrunner Michael Avenatti, who was recently arrested on federal charges of extortion and fraud.

The report makes no mention, however, of the role Avenatti played in the controversy surrounding Brett Kavanaugh's nomination to the Supreme Court in 2018. Just as Kavanaugh's nomination appeared in peril after Christine Blasey Ford testified that he sexually assaulted her in high school, Avenatti aggressively inserted himself into the situation by promoting a series of outlandish allegations of sexual misconduct, including gang rape, against Kavanaugh.

The national media dutifully gave Avenatti copious air time to discuss the new unsubstantiated allegations, including those of his client, Julie Swetnik, who had a dubious legal past, and ultimately walked back most of her accusations in an interview with NBC News, including the alleged gang rape, contradicting the sworn statement she delivered to Congress. 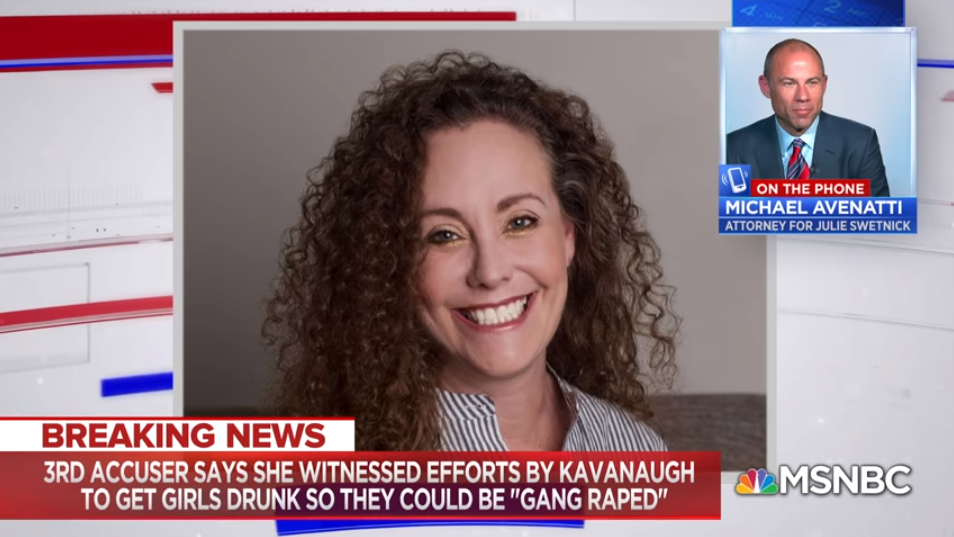 Editor's Note: Michael Avenatti was a 2018 Free Beacon Man of the Year.