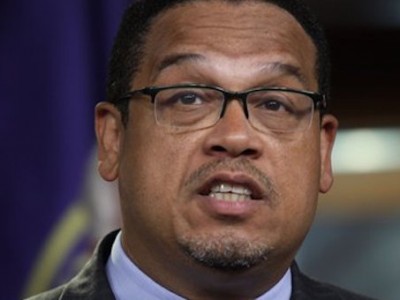 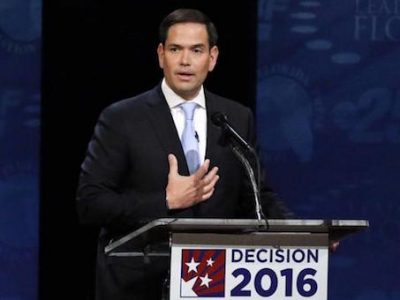 Democratic Senate hopeful Patrick Murphy accomplished little to nothing before launching his political career, according to an extensive report from CBS4 News in Miami.

Murphy has often touted his experience as a Certified Public Accountant and small business owner during his quick rise through the political ranks in Florida. The investigation, however, found that 'Murphy has in some cases exaggerated his experience and in other instances made claims that were misleading or outright false."

"For instance, he has never worked a day in his life as a Certified Public Accountant," wrote reporter Jim DeFede. "And he was never a small business owner."

Here are the five biggest takeaways from DeFede's piece:

Murphy has said he is "someone that can relate to those concerns of small business owners."

"Having a small business background, understanding the issues, the problems small businesses are dealing with on a day to day basis, I think I bring that experience to the table," Murphy said shortly after announcing his Senate run.

Documents obtained by CBS4 News show that the company Murphy has claimed to own is actually owned by his father's construction company, Coastal Construction. Murphy was not even in charge of its operations.

2. The company Murphy claimed to own is a failure

Murphy has said in interviews that Coastal Environmental was formed in the aftermath of the 2010 BP oil spill to assist in the cleanup and that the company was awarded "several" contracts in the five years it has been in operation. The company "did well," according to Murphy.

The Murphy campaign was only able to provide CBS4 with two contracts for the oil cleanup—and neither of them mentioned Murphy or Coastal Environmental.

Coastal Environmental was never awarded a contract but rather purchased a Louisiana-based company, Crescent SR, that already had been awarded two contracts. (The purchase documents were signed by Whiteman, not Murphy.)

Murphy claims he had an "informal partnership" with Crescent SR and that it was he who developed Crescent's oil skimming operation, though he had no affiliation with the company when it started doing the work. The original owner of Crescent told CBS4 he started the concept before he knew Murphy.

"The cost of storing the vessels for the last five years is more than the company claims to have made in profit during 2010," DeFede wrote. "In other words, it appears Coastal was not profitable. It likely lost money. And it continues to lose money to this day."

3. Murphy saw the BP oil spill as an opportunity to "be the guy ... to protect our shores"

At age 27 Murphy quit a job at a financial consulting firm because he saw "opportunity" in the BP oil spill.

"Nobody was talking about what they were going to do to really clean up or be prepared," Murphy said in a 2015 interview. "So this was a real opportunity to say, `Wow, I’ll be the guy to get the oil skimmers ready, protect our shores.’ I was ready to move on and start my own business anyway, so this was a great opportunity to not only protect Florida but do my own thing."

But oil never reached the shores of Florida, and oil skimming was deemed unnecessary by the Coast Guard shortly after Coastal Environmental went into operation.

The opportunity paid off for Murphy nonetheless.

Just weeks after returning to South Florida from the coast, Murphy hired a political consultant and started mapping out his run for Congress 'as a small business owner" who has 'actually created jobs."

4. Murphy was never a CPA, was "kind of like a gopher" at firm

Murphy has said he spent years working as a CPA at a Miami-based firm looking for 'inefficiencies" in Fortune 500 companies.

However, Murphy never worked as a CPA because he couldn't get a license in the state of Florida.

Murphy did not meet the requirements to take the CPA exam in Florida, so he had to take the exams through Vermont. He then sent the test results to Colorado, which issued him a CPA license.

He never worked or lived in Colorado, though, and Florida does not recognize the Colorado license as valid.

Murphy’s position at Deloitte & Touche was "audit assistant." Financial experts told CBS4 he likely did very menial tasks. Without a CPA license he was not authorized to do the type of work he claimed to do.

"The entry level audit assistant is kind of like a gopher," said a professor at the Graduate School of Business as Stanford University. 'He would be given a green pencil and told to check a series of numbers. That’s a very junior position."

Murphy left the firm to pursue the oil skimming business nine months after being issued his CPA license in Colorado.

5. His campaign worked hard to hide all this from CBS4

Murphy's campaign restricted what reporters were allowed to report in exchange for their cooperation.

Murphy initially told CBS4 he would "be happy" to provide documentation of the "several" contracts Coastal Environmental won following the oil spill. Months passed and no documentation was offered.

After months of negotiations with the campaign, DeFede was allowed to see the Coastal Environmental contracts as long as he promised not to name the contracting companies or the dollar amounts involved. The campaign also allowed DeFede to see financial records to prove the company was profitable—with the stipulation that he was not able to report any actual figures.

DeFede and his team were given just one hour with the documents and were not allowed to make copies.

Below is the CBS4 video profile of Murphy.