The city of Detroit has removed thousands of deceased and duplicate registrants from its voter rolls after being hit with a lawsuit.

City officials cleaned up the voter rolls after the Public Interest Legal Foundation, a government watchdog, filed suit against them in December. Nearly 2,500 deceased individuals and 4,800 duplicate registrations were removed from the voter rolls. The officials have also moved to review another 16,465 registrants who lacked actual dates of registration.

"This is another win for election integrity," said J. Christian Adams, the watchdog's president and general counsel. "This case wasn't complicated. The City of Detroit could have started to fix these problems before litigation, but didn't. Other jurisdictions should take note—if you don't act on solid data that your voter rolls are corrupted with dead and duplicate registrations, you will be sued."

Debates over voter fraud have appeared as Democrats across the country push for mail-in voting during the coronavirus pandemic. President Donald Trump claimed that mail-in voting will lead to the "most corrupt Election in USA history." Congressional Democrats, meanwhile, are pressuring Senate Republicans to pass legislation to support such measures. Sen. Roy Blunt (R., Mo.), chair of the Senate Rules Committee, blocked a bill brought forth by Sen. Amy Klobuchar (D., Minn.) on the issue, saying he worried it would lead to a "federal takeover of elections."

The watchdog filed suit against two Detroit officials—City Clerk Janice Winfrey and Director of Elections George Azzouz—after studying Detroit's voter list maintenance efforts dating back to 2017. Outside liberal groups, such as the New York-based Brennan Center for Justice and League of Women Voters of Michigan, swooped into the city to intervene on behalf of the election officials but ultimately did not play much of a role. Adams's group dropped the lawsuit after the officials cleaned up the registrations.

The voter roll cleanup comes just four months before the November elections in a state that Trump carried by just over 10,000 votes in 2016. Michigan could again serve as a battleground state in the 2020 elections.

The voter registration irregularities were not the only time Detroit has faced election-related controversy in recent years. Last year, clerk Sherikia L. Hawkins was charged with several felony counts for altering absentee ballots during the 2018 elections. Past reports also showed voter machine irregularities in the city when 37 percent of its precincts in 2016 registered more votes than the number of voters who were tallied in polling stations.

PILF has identified a number of similar situations across the country. The group filed a lawsuit against the city of Pittsburgh, which settled in May and agreed to turn over records to the watchdog, including information on dead voting registrants. The Pennsylvania Department of State, the North Carolina State Board of Elections, and Harris County, Texas, were also sued by the group last year for withholding noncitizen voting records.

Detroit's City Clerk's Office did not respond to a request for comment. 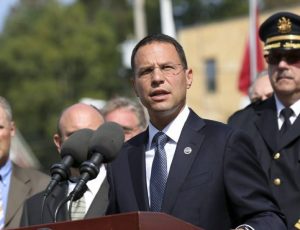