In addition to selling out the socialist wing of the Democratic Party by endorsing a differently-abled Wall Street puppet at the virtual convention, Sanders's appearance inspired commentary from social media users about the intoxicating smoothness of his 78-year-old forehead. Like a perfectly shaped egg, as though possessed by the motionless calm of the Volga in winter. A brief yet thorough analysis found that Bernie's forehead was, in fact, suspiciously smooth. 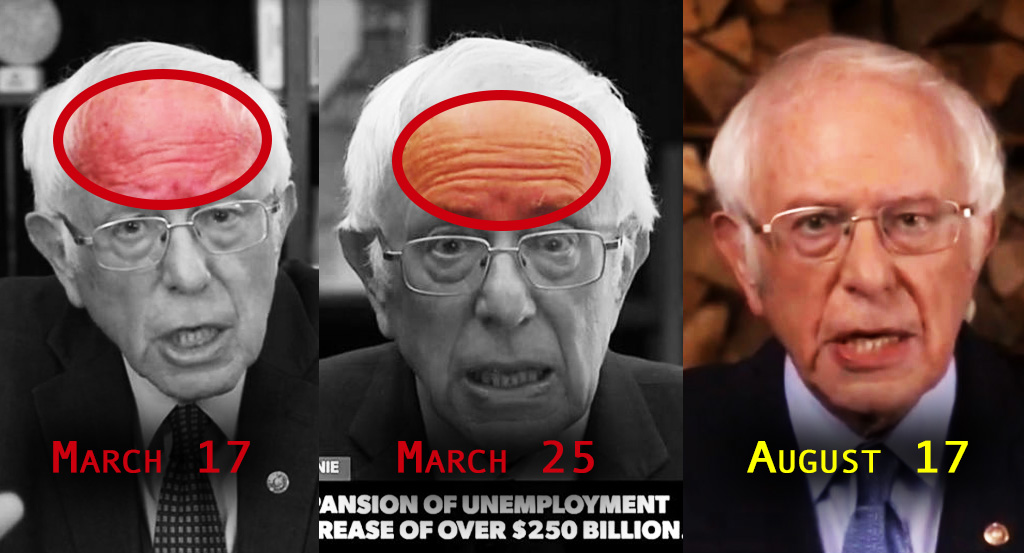 "At its most basic, this election is about preserving our democracy," Sanders said. It appears that the socialist millionaire knows a thing or two about preservation.