6 things you need to know about Cheryl Mills, the State Dept. official who played key role in Benghazi cover-up

Deputy chief of mission for the U.S. in Libya Gregory Hicks testified Wednesday that he was told by the State Department not to meet with Rep. Jason Chaffetz (R., Utah), when he traveled to Libya to investigate the Benghazi attack.

During that trip, a lawyer from the State Department was excluded from a classified meeting because he did not have the appropriate security clearance. Following that meeting, State Department general counsel Cheryl Mills called Hicks angry, demanding a report about the meeting. "A phone call from that near a person is generally not considered to be good news," Hicks said Wednesday.

Who is Cheryl Mills? She was general counsel and chief of staff to Secretary Hillary Clinton during the Benghazi attack. She is also one of the ultimate Clinton insiders. Here are six things you should know: 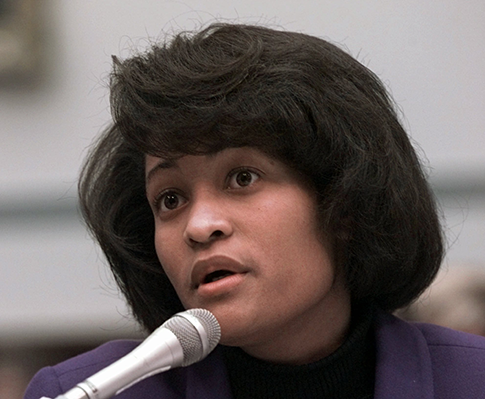 2. She’s known to be combative and tough.

Mills’ screensaver in 1990s at the White House read, "It’s the lioness that hunts…" "Mills endeared herself to the Clintons with her never-back-down, share-nothing, don't-give-an-inch approach—it's their favorite approach of all," the Washington Post wrote in 1999.

One word comes up again and again in profiles over the years about Mills: loyal—specifically to the Clintons, as described in this 1999 Washington Post profile:

Partly it is her devotion. "She is incredibly loyal to the president," says one White House colleague. "If something's on the other side of a brick wall and the Clintons need it, she'll find a way to get to it: over, around or through." A senior adviser to the president puts it this way: "She loves this president and is really proud of him. She's acutely conscious of the opportunities he has given her and what she owes."

4. She’s probably best known for her defense of Bill Clinton during his impeachment trial. 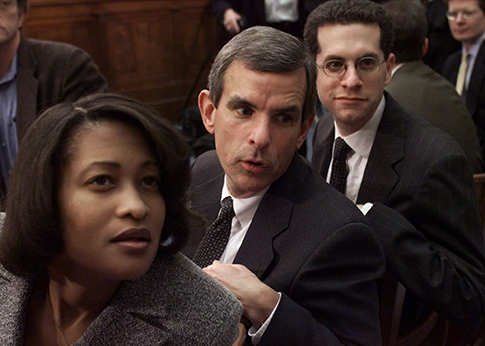 Mills during the impeachment hearings in 1998. (AP)

Her testimony at the trial praised Clinton’s record on civil rights, as the New York Times described in 1999:

During President Clinton's impeachment trial, Ms. Mills's summation was noteworthy for her praise of Mr. Clinton's record on civil rights and for her drawing attention to her own race and sex. From the well of the Senate she told the nation: "I stand here before you today because President Bill Clinton believed I could stand here for him."

She argued that Mr. Clinton's extramarital affair with Monica Lewinsky, a former White House intern, was "not attractive or admirable" but said his "record on civil rights, on women's rights, on all our rights, is unimpeachable."

5. She sat on the board of the Center for American Progress. 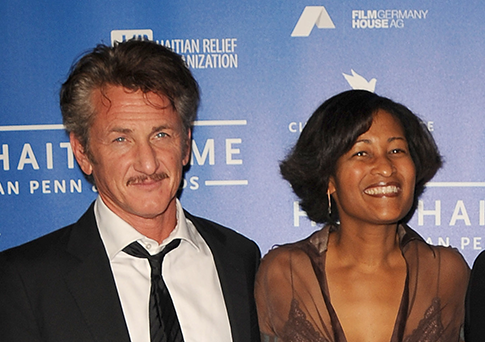 6. ‘The Clintons trust her implicitly.’ 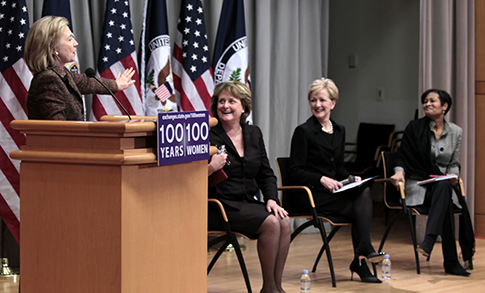 Secretary of State Hillary Clinton gestures as a panel at the 100 Women Initiative looks on at the State Department in 2011. (AP)

Jay Carson, formerly the traveling press secretary for Hillary Clinton’s campaign, told Politico in 2009 that Mills can be counted on in a crisis and that the "Clintons trust her implicitly."

"Sometimes on campaigns, you can end up in a situation where there’s not a clear single person, no clear leader, no clear power center," Carson said. "When Cheryl is in charge, that’s never a problem."