A 19-year-old Pakistani-American was arrested on Thursday for planning a terror attack on behalf of ISIS.

Awais Chudhary, a naturalized U.S. citizen, allegedly told undercover officers that he wanted to launch an attack on Queens using either a knife or explosives, according to a criminal complaint. He said he was willing to conduct a knife attack because "that's what he knows," but added that he would plant a bomb instead if he could only learn how to build one. New York Police Commissioner James P. O'Neill said that aside from the exact weaponry, Chudhary had narrowed down the details of his planned attack and was ready to carry it out.

"Awais Chudhary had accepted the call from ISIS to kill fellow New Yorkers in the city he called home," O'Neill said in a statement. "He had carefully planned, conducted reconnaissance, picked a target, and was in the process of obtaining the weapon. All he has left to do was to strike."

Chudhary also allegedly sent texts to a separate undercover officer that included several screenshots of a document titled "Islamic State." The document was a chilling beginner's guide to being a successful terrorist. It gave instructions on what sort of knife a prospective terrorist should use and which part of the body is the most vulnerable to attack.

The teenager scouted out several locations in Queens for his terrorist attack, including the Flushing Bay Promenade and the World’s Fair Marina, according to the complaint. He also intended to videotape the attack, purchasing recording accessories as well as a tactical knife online.

New York City has experienced several ISIS-inspired attacks in recent years. In October 2017, a Muslim man from Uzbekistan allegedly proclaimed allegiance to the terror group as he rammed a truck through a Manhattan bike lane killing eight. In December 2017, a Bangladeshi immigrant was arrested after allegedly attempting to carry out a pipe bomb attack that injured four, including himself.

If convicted, Chudhary could be sentenced to 20 years in prison. He is being held without bail. 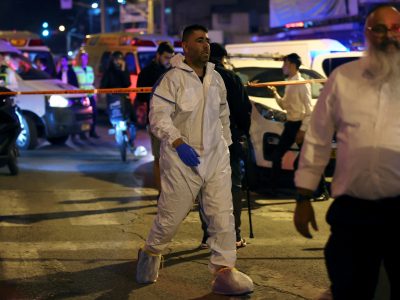