Selling the Farm to Big Business

A number of policy groups slammed the farm bill currently under consideration in the House of Representatives as bloated, regressive, and a handout to big farming businesses at a press conference Monday morning on Capitol Hill.

"There’s a lot not to like in this bill," said Tim Male, vice president of conservation policy for Defenders of Wildlife.

It is "frankly laughable to call it any kind of reform," said Andrew Moylan, senior fellow for R Street, a Washington-based think tank.

The House farm bill will come up for debate on the House floor on this week. The Senate passed its own version last week.

Most of the speakers highlighted the cost of the bill. Farm bills have a history of running over their projected spending, noted Joshua Sewell, a policy analyst at Taxpayers for Common Sense.

While the Congressional Budget Office is projecting ultimate savings, "You shouldn’t have faith that we’re going to harvest these savings," he said.

This year’s bill is 47 percent bigger than the 2008 bill, said Chris Edwards, an expert at the libertarian Cato Institute. President George W. Bush vetoed the 2008 bill, but Congress overrode his veto.

Dan Smith of the U.S. Public Interest Research Group called the Senate version "nothing more than a handout" to big farm businesses.

"The industry does even better with the House bill," he said.

Andrew Roth of the Club for Growth called the farm bill a "reverse Robin Hood bill"—taking from the poor to give to the rich.

The bill shifts funding from direct transfers to farmers to crop insurance, a shift that could hurt smaller farmers who do not have the capital to buy the insurance.

John Boyd, president of the National Black Farmers Association, called for greater transparency in this transition. He argued that the details around the expanded insurance programs—like who will get it and what insurance companies they will work through—are unknown.

Boyd, himself a farmer, said he sometimes has to plant his crops without any insurance because he does not have enough money to pay for both insurance and seed.

The participants in the press conference discussed several amendments to the bill that would, in their opinion, improve the bill, including means testing for crop insurance and reducing subsidies to crop insurance companies. 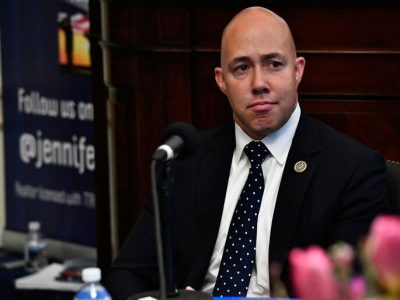