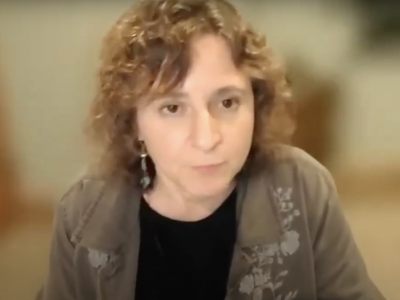 The bombers were detected flying near the Aleutian Islands, said Michael Kucharek, a spokesman for the Northern Command and North American Aerospace Defense Command (NORAD).

Kucharek declined to specify the distance the bombers flew from the west coast of Alaska to protect operational security.

"However the two Russian Tu-95 bomber aircraft were intercepted and monitored by the F-22s until the bombers left the ADIZ along the Aleutian Island chain heading west," he said. "At no time did the Russian bombers enter Canadian or United States sovereign airspace."

A defense official said the Russian bombers were supported by at least one Il-78 Midas refueling tanker jet, an indication the bombers traveled a long distance and required mid-flight refueling.

No other details of the incident were disclosed.

However, defense officials said the latest Russian bomber incursion coincided with large-scale military exercises now underway in the Russian Far East called Vostok-18 and were likely part of the exercises that have been underway since late August.

One official speculated that the bombers were practicing cruise missile strikes on U.S. missile defenses in Alaska.

The bombers are capable of carrying the nuclear-tipped KH-55 long-range cruise missile that has a maximum range of up to 1,841 miles.

The intercept took place near the large phased array radar system called Cobra Dane that monitors Russian missile launches and aircraft flights. The radar is located at Eareckson Air Station on remote Shemya Island, one of the Aleutians located 1,455 miles west of Anchorage.

Cobra Dane would be one of the first targets of a Russian air launched cruise missile strike in the early stages of a conflict.

The bombers also were within cruise missile firing range of the U.S. missile defense base at Fort Greely, Alaska, where long-range Ground-Based Interceptors are deployed as part of strategic missile defenses.

A third possible target for the bombers is the Clear Air Force Station in central Alaska that is home to the AN/FPS-123 Upgraded Early Warning used to detect submarine-launched ballistic missiles.

It was the second time Russian bombers flew close to Alaska this year. In May, two Bear H bombers were intercepted off the coast of Alaska by two F-22s. Until that incident, the last time bombers buzzed the air defense zone near Alaska was April 17.

Russia's Defense Minister Sergei Shoigu said in Moscow on Tuesday that the active phase of Vostok-18 will kick off at nine proving grounds and in the Sea of Japan and Bering and Okhotsk seas beginning Sept. 11.

The exercises are designed to test operations at on unfamiliar ground and the performance of combat training.

"Aircraft have been flying maximum range sorties with refueling in flight and practicing landings at tactical airfields," he said. "Naval ships have been performing combat maneuvering and firing practices," Shoigu said.

The exercises are said to be the largest in the history of the Russian Federation.

"Taking part in it will be about 300,000 troops, more than 1,000 planes, helicopters and drones, up to 80 combat and logistic ships and up to 36,000 tanks, armored personnel carriers and other vehicles," Shoigu said, noting the first participation of Chinese military forces.

"Involved in the main scenario at the Tsugol proving ground, the eastern military district, will be a contingent of the Chinese People’s Liberation Army of up to 3,500 officers and men."

NORAD is in charge of aerospace warning and control for Canada and the United States and NORAD monitors all air activity emanating from within and outside North American airspace.

U.S. intelligence agencies are closely monitoring the war games over concerns they could be used as cover for actual military attacks.

During the Cold War, the Soviet-led Warsaw Pact military alliance drew up war plans that included the use of large-scale military exercises as the beginning point for war against Western Europe.

"Clearly Russia is rehearsing a large-scale war," Stephen Blank, senior fellow at the American Foreign Policy Council, said of the war games in a recent article in RealClear Defense.