Much needed maintenance work is overdue at U.S. Navy shipyards around the country that are unable to meet the service's "operational needs," and the price tag to overcome the problem will be high, according to a recent report from the Government Accountability Office.

The GAO warned that the backlogged restoration and maintenance projects at the shipyards will cost an estimated $4.86 billion, a 41 percent increase over five years, National Defense reported Wednesday. The backlog will take at least 19 years to complete.

The GAO report, titled "Naval Shipyards: Actions Needed to Improve Poor Conditions That Affect Operations," found that the maintenance work must be done to properly maintain the Navy's fleet, including nuclear-powered vessels.

"Although the Navy committed to increased capital investment and developed an improvement plan in 2013, the shipyards' facilities and equipment remain in poor condition," the report said. "Partly as a result of their poor condition, the shipyards have not been fully meeting the Navy's operational needs."

The problems are projected to continue.

"The Navy estimates that it will be unable to conduct 73 of 218 maintenance periods over the next 23 fiscal years due to insufficient capacity and other deficiencies," according to the report.

The GAO warned that unless action is taken soon, the costs will grow immensely and could cripple the Navy's operations.

"The Navy estimates that it will need at least $9 billion in capital investment over the next 12 fiscal years, but this estimate does not account for all expected costs, such as those for planning and modernizing the shipyards' utility infrastructure," the report said. "Unless it adopts a comprehensive, results-oriented approach to addressing its capital investment needs, the Navy risks continued deterioration of its shipyards, hindering its ability to efficiently and effectively support Navy readiness over the long term."

U.S. Sides With Vietnam in Maritime Dispute With China 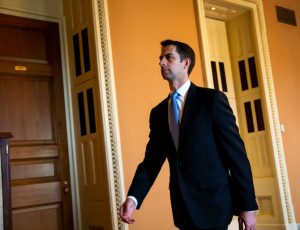