The Quincy Institute for Responsible Statecraft removed an article late last week written by a former United Nations official who was convicted of engaging in lurid acts with a child.

The isolationist think tank bankrolled by billionaires George Soros and Charles Koch sparked on uproar on Dec. 28 when it published an article by Scott Ritter, a former high-ranking U.N. weapons inspector who was arrested in the mid-2000s as part of an internet underage-sex sting. Ritter was arrested at least three times for this behavior.

The Quincy Institute removed the piece, which downplayed the threat posed by Russia's hack attacks on the U.S. government, after online observers chided the group for publishing works from a convicted child molester. An archived copy of Ritter's article, as well as his online biography, remain available on Quincy's website, and the organization's official Twitter account retweeted a post from Ritter promoting his article, which he posted on the Alternative World website.

Ritter is a contributor to Russia Today, a Kremlin-funded propaganda outlet. Ritter was a frequent critic of the George W. Bush administration and a member of the Veteran Intelligence Professionals for Sanity group, which was formed in 2003 to challenge the Bush administration's assertion that then-Iraqi leader Saddam Hussein had weapons of mass destruction. Ritter worked for that group alongside former U.S. diplomat and Quincy Institute expert Chas Freeman, who has a history of pushing conspiracy theories that accuse Jewish Americans of controlling the U.S. foreign-policy establishment.

Veteran Intelligence Professionals for Sanity has embraced kooky conspiracy theories, claiming in 2016 that there was no evidence Russia attempted to sway the presidential election that ushered Donald Trump into office. A 2013 memorandum from the group claimed the Syrian government was not responsible for a brutal chemical attack near Damascus, despite evidence indicating otherwise. The media labeled those claims as outlandish.

The organization is well-known for its anti-Israel bent, having blasted then-president Barack Obama in 2010 for putting what it called "misplaced trust" in Israeli prime minister Benjamin Netanyahu and his warning about Iran's nuclear program.

"Washington leaves it up to the Israelis to decide whether and when to attack Iran, and how much ‘room' to give to the diplomatic effort," the group claimed.

The Quincy Institute has faced multiple controversies since its founding in 2019. While the organization is vying to become a major player with the incoming Biden administration, its embrace of anti-Semitic voices has undermined its efforts to push an isolationist foreign-policy approach. The Biden administration has so far resisted entreaties from the left to hire a host of Quincy officials for top foreign-policy postings.

Freeman is not the only Quincy Institute scholar accused of anti-Semitic bias.

Sarah Leah Whitson, Quincy's former managing director for research and policy, was in hot water last year after she appeared to celebrate Israel's coronavirus-lockdown measures, saying the Jewish state's citizens are experiencing what it is like to live in the Palestinian territories.

"Such a tiny taste. Missing a tablespoon of blood," Whitson wrote in a tweet she later deleted and apologized for.

The Quincy Institute did not respond to Washington Free Beacon requests for comment on why it decided to publish Ritter's work and then delete it without explanation.

"I think it is fitting that, in the last fews [sic] hours of 2020, I've found out that [the Quincy Institute], whose tagline is ‘for responsible statecraft,' are publishing a convicted child molester," journalist Nick Waters tweeted along with a screenshot of Ritter's article.

Responsible Statecraft Gets Its Moment 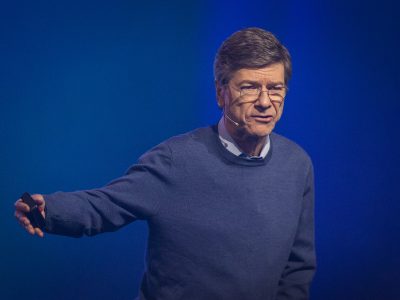