A host of progressive foreign policy groups has delivered 100 résumés to the Biden transition team in a move intended to pressure the incoming administration to include voices outside the mainstream of American foreign policy.

The list, obtained by the Washington Free Beacon, includes a dozen scholars from the Quincy Institute for Responsible Statecraft, the think tank bankrolled by Charles Koch and George Soros.

It also includes a onetime Human Rights Watch and Quincy Institute official, Sarah Leah Whitson, who solicited donations from Saudi Arabia by promising to attack pro-Israel groups. Whitson left the Quincy Institute shortly after amplifying an anti-Semitic tweet celebrating Israeli suffering from the coronavirus and lamenting that it was "missing a tablespoon of blood." (Whitson later deleted the tweet, arguing that her point "didn’t come out right.")

The existence of the list was first reported by Politico, which opted not to publish the document. It can be found below. An organizer of the list, Alexander McCoy, political director at Common Defense, said the list reflected "old research materials" and did not match the names submitted to the Biden team, but declined to elaborate on any alleged discrepancies between the two documents.

The list serves as a counter to the predominantly center-left foreign policy officials Biden has tapped thus far—including Antony Blinken for secretary of state and Jake Sullivan for national security adviser—and as a suggested roadmap from the Bernie Sanders-wing of the Democratic party to rectify their exclusion from the nascent administration.

Experts who have offered praise for Biden's early picks were critical of the progressive list.

"Although it is difficult to generalize about a list of 100 people this, with a few notable exceptions, reads like a directory of folks who are part of the Koch-Soros funded isolationist network on the left and right," said Eric Edelman, who served as undersecretary of defense for policy in the George W. Bush administration.

Mark Dubowitz, the president and CEO of the hawkish Foundation for Defense of Democracies, has lauded Biden's nominees but slammed the progressive list. "To the credit of Joe Biden, he has chosen sensible, moderate national security professionals who believe in American leadership," Dubowitz said. "Choosing anyone on this list of neo-isolationists would be a radical departure for the president-elect."

Each administration sets its own rules about the parameters for nominees, including whether it will include former lobbyists and registered foreign agents, and progressives have worried aloud that the incoming administration may be too cozy with corporate interests.

Though list organizers are touting the group’s lack of corporate ties, their recommendations include four officials from the Soros-funded Open Society Foundation, and the predominance of Soros-funded organizations on the list underscores the billionaire's sweeping influence on the left-wing of the Democratic Party. The heavy reliance on experts from the Koch-funded Quincy Institute also marks an about-face from progressives who spent the Obama administration demonizing the privately held conglomerates’ political influence.

The Quincy Institute has come under fire for providing safe harbor to some of Washington’s most strident anti-Semites, including Whitson and fellow list member Paul Pillar, who has argued that Republican megadonor Sheldon Adelson’s principal loyalty is to Israel rather than the United States. "The Republican party isn’t even his first love among political parties. That would be the Likud party," Pillar wrote in 2014. "Nor is the United States Adelson’s first love among countries."

In addition to the Quincy Institute and the Open Society Foundation, the list includes several officials from the National Iranian American Council, which has long pushed for the United States to normalize relations with Iran. The group has been accused of acting as a foreign agent, a charge they deny, though a judge concluded that the organization’s work was "not inconsistent with the idea" that it was "first and foremost an advocate for the regime."

The group’s founder, Trita Parsi, is included on the list, though experts said that Parsi, who as of 2013 was a dual Iranian-Swedish citizen would face an uphill battle to obtain a security clearance. As a rule, the U.S. government does not grant security clearances to non-citizens; it uses a workaround authorization in "rare circumstances."

"With limited exceptions, non-U.S. citizens cannot be granted a U.S. Government security clearance," said Bradley Moss, a Washington, D.C., attorney specializing in national security. "There are situations where a Limited Access Authorization can be granted to a non-U.S. citizen for access to specific information, but that would be the exception, not the rule, when it comes to access. Of course, as the Trump presidency reminded everyone, there is nothing that stops the president himself, exercising his constitutional authority, from granting a security clearance to anyone and everyone he wants. There is no indication that Joe Biden would take that type of action."

The list’s inclusion of several people who have minimized the atrocities of the Iranian regime is sparking blowback from human rights activists.

"This list is an insult to those of us who fight for freedom and democracy in Iran, and is an insult to the people of Iran who are killed by the thousands in their quest for democracy and human rights," said Kaveh Shahrooz, a senior fellow at the Canadian Macdonald-Laurier Institute and an Iranian dissident. "Iran activists rightfully call these people the Iran Lobby.  For Biden to appoint any of these shady individuals would be to give Iran's regime direct access to American policymaking."

Those on the list who have come to the defense of the Iranian regime include NIAC senior researcher Sina Toosi, who accused Iranian protesters throwing rocks at regime officials last year of "escalating the situation." Toosi has shared a byline with a former Iranian diplomat, Seyed Hossein Mousavian, who has been linked to the regime’s assassination of four dissidents. Quincy’s Eli Clifton, also on the list, left the Center for American Progress amidst allegations of anti-Semitism and has worked to undermine the Iranian women’s rights activist and Voice of America journalist Masih Alinejad.

The list also includes Quincy fellow Amir Handjani, who was as recently as last year registered as a foreign agent for Saudi Arabia’s Public Investment Fund, a vehicle controlled by the Saudi monarchy whose human-rights abuses Democrats have roundly condemned.

Handjani’s family owns PG Commodities Trading International, which conducts sanctions-exempt business in Iran on behalf of Cargill. He has consistently pushed for greater engagement with Iran and slammed the Trump administration’s decision to slap sanctions on the regime.

It is unclear whether these equities would preclude Handjani from scoring a senior role in the administration. "The details are what will matter: what were the circumstances of the work, how was the person paid, does the person have ongoing and consistent communications with the foreign nationals with whom they interacted, and do they have any financial ties to the foreign business that would place them at risk of exploitation?" Moss said. "These are all things that could likely be mitigated from a risk standpoint."

Handjani is currently embroiled in a London-based lawsuit involving his alleged work for Sheikh Saud bin Saqr Al Qasimi of Ras al-Khamiah, one of the United Arab Emirates. 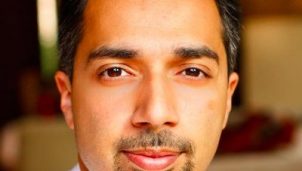 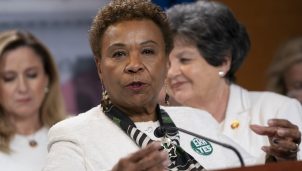