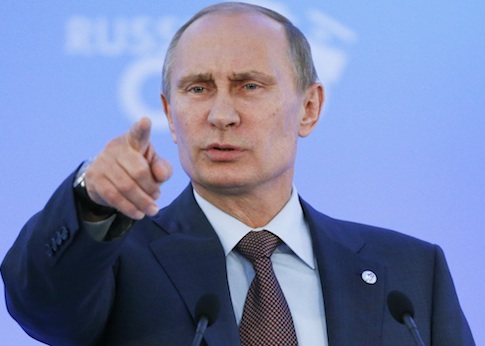 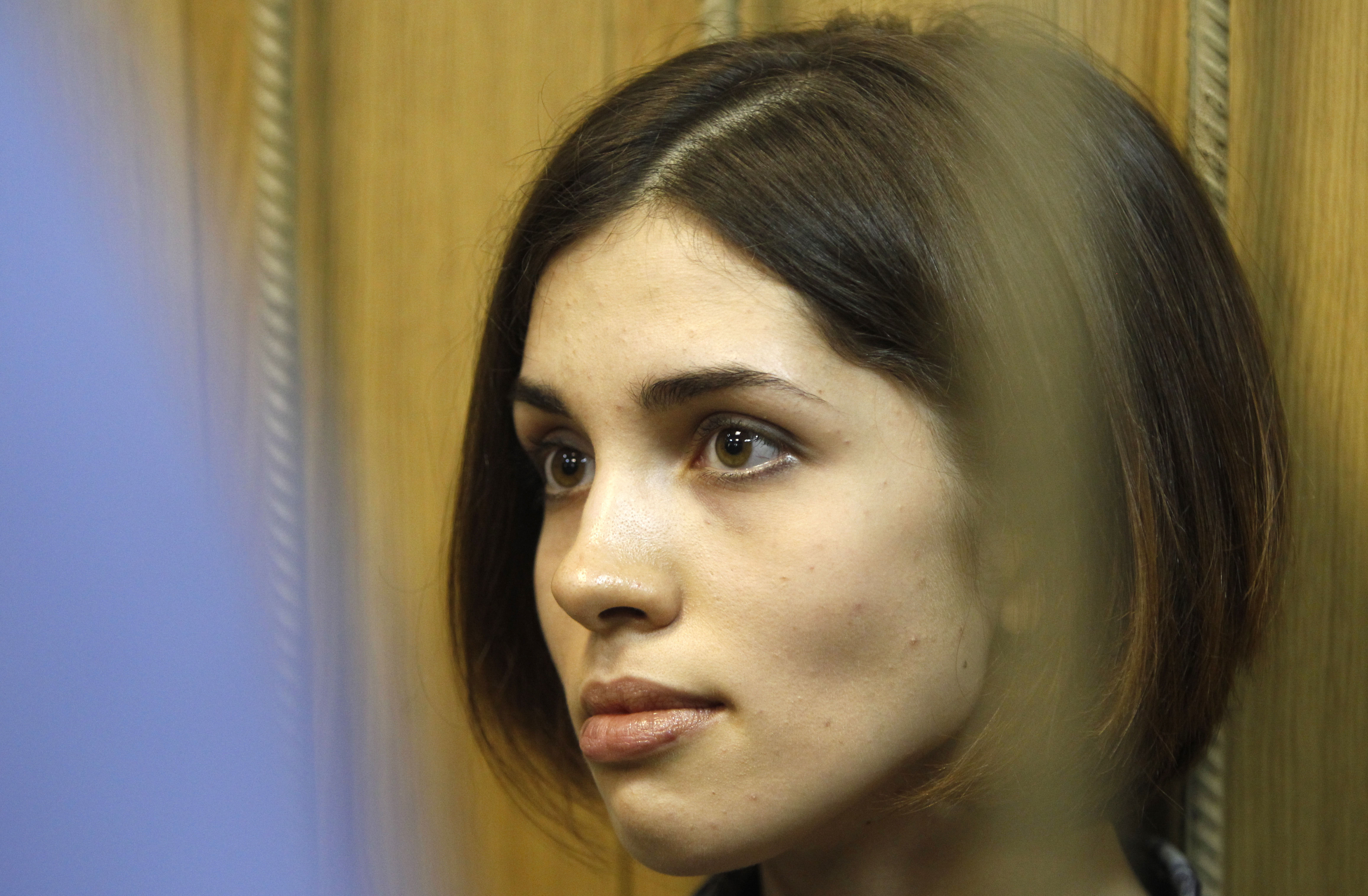 SOCHI, Russia (Reuters) - Pussy Riot protest band members Maria Alyokhina and Nadezhda Tolokonnikova said they were detained on suspicion of theft in the Winter Olympics host city of Sochi on Tuesday, less than two months after their release from prison under an amnesty.

President Vladimir Putin has staked his reputation on the Sochi Games, hoping they would show the world Russia's modern face more than two decades after the collapse of the Soviet Union.

Both women said on Twitter that police used force and threw them into a police van. Tolokonnikova said they had been accused of theft, and Alyokhina later said they were being questioned without their lawyers present.

"At the time of our detention, we weren't engaged in any protests, we were walking around Sochi. WE WERE WALKING," Tolokonnikova said on Twitter.

Lawyer Alexander Popkov told reporters gathered outside the police station in the Adler district of Sochi, that some 30 to 40 officers had arrested 12-15 people.

He named Alyokhina and Tolokonnikova as among the detainees.

"They have been held over an alleged theft at a hotel," Popkov said. "They (the authorities) have refused to fully explain the reason for the detention."

The women were in Sochi with other members of Pussy Riot to record a musical film called "Putin will teach you to love the motherland", Tolokonnikova said.

The two women were released from prison on December 23 under an amnesty that Tolokonnikova said was a stunt by Putin to improve Russia's image before the Olympics. They recently returned to Russia after a tour through Europe and the United States.

Tolokonnikova, 24, and Alyokhina, 25, had been serving two-year jail terms for hooliganism motivated by religious hatred after performing a profanity-laced protest song against Putin in Moscow's main cathedral in February 2012.

Western governments said the sentences were disproportionate and Kremlin critics called the trial part of a clampdown on dissent during Putin's third presidential term.

Tolokonnikova said she and Alyokhina had also been detained for seven hours on Sunday and for 10 hours on Monday, though their presence in Sochi had not been advertised. "Now we are riding around in a police van accused of theft," she wrote.

A lawyer for the women, Irina Khrunova, said police had detained a large group on a Sochi street including accredited journalists, but said she did not know why they had been detained.

"In Russia it happens that they just do that," she said when asked why they had been arrested.

"No one identified concrete charges. Right now, there is a lawyer there trying to find out."

Tolokonnikova's husband, Pyotr Verzilov, said the group members had been detained at an office of the Federal Security Service (FSB) on Monday on the border with the Georgian breakaway region of Abkhazia, which borders Sochi.