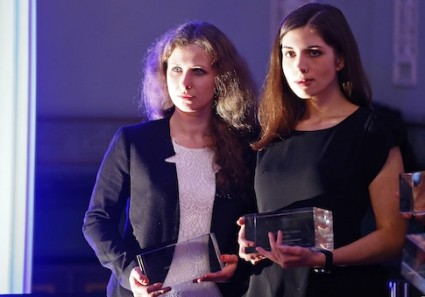 SOCHI, Russia (Reuters) - Pussy Riot protest band members Maria Alyokhina and Nadezhda Tolokonnikova said they were detained on suspicion of theft in the Winter Olympics host city of Sochi on Tuesday, less than two months after their release from prison under an amnesty. 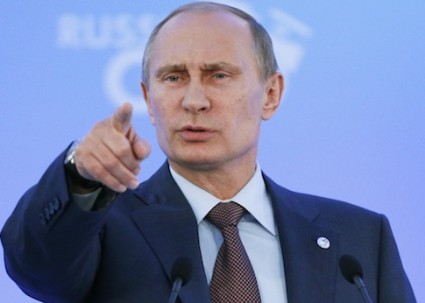 Human rights groups commemorated on Tuesday the 10th anniversary of the imprisonment of Russian businessman Mikhail Khodorkovsky and said recent electoral successes by opposition activists offer hope for the future of political prisoners in Russia. 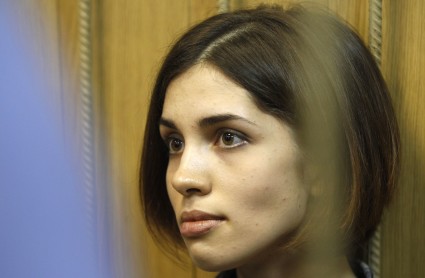 A jailed member of the Russian punk group Pussy Riot has ended her nine-day hunger strike but could resume if she is not transferred to a different labor camp, the Guardian reports. 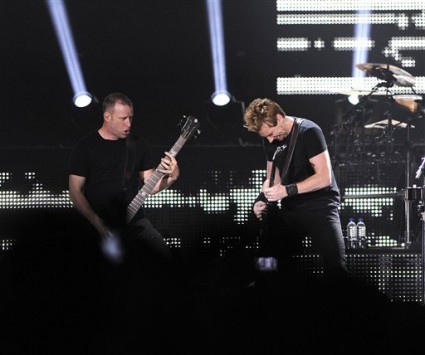 Russian punk group Pussy Riot is languishing in prison, sentenced for hooliganism after an impromptu acoustic set at a church last year. The “Free Pussy Riot” movement already includes the White House. But now it boasts someone who actually makes a difference in the world: Bono. In a letter of solidarity, 100 musical acts stand with Masha and Nadia. The list includes:

I watched HBO's Pussy Riot: A Punk Prayer last night. It's a pretty solid documentary, combining new interviews with footage taken from the punk collective's various performances and rehearsals. The documentary is centered around the trial of Maria Alekhina, Yekaterina Samutsevich, and Nadezhda Tolokonnikova, a trio of punk rock activists who engaged in a blasphemous performance at Moscow's Cathedral of Christ the Savior. They were protesting not only the patriarchal aspects of the church but also the confluence of church and state. Resurrected after being dismantled and repressed by the communists, the church has found an ally in Putin, and that alliance is manifesting itself in problematic ways, according to the lady-rockers. I found the most intriguing aspect of the documentary to be not the tension between Pussy Riot and the state or Pussy Riot and the church, but between Pussy Riot and the people. 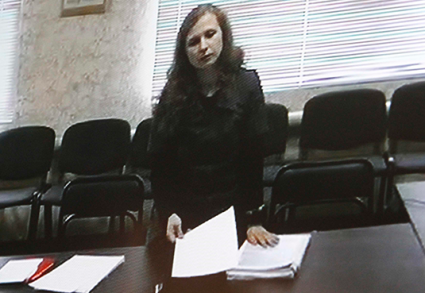 A member of the Russian punk group Pussy Riot who went on hunger strike in jail last week after being barred from a parole hearing was hospitalized on Tuesday, the husband of another band member said. 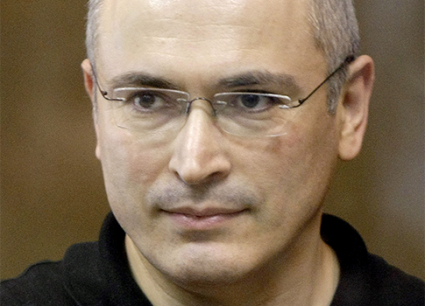 Mikhail Khodorkovsky, who has spent much of the past decade in Siberian labor camps, will have his 13-year jail sentence reduced. According to Reuters, the fierce critic of Russian President Vladimir Putin will be released from prison in October 2014. 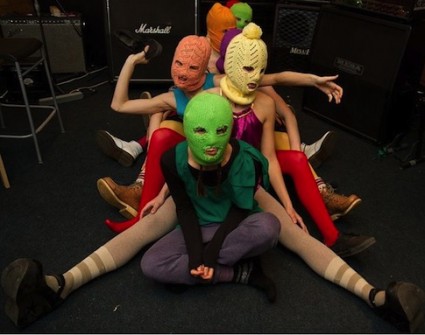 Two members of the Russian punk band Pussy Riot have been sent to prison camps, where they will presumably serve the remainder of their two-year sentences, Reuters has reported. 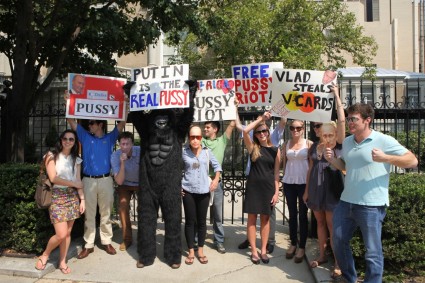 Shouts of “Putin is the real Pussy” and “Vlad steals V-cards” echoed off the steel barriers of the Russian ambassador’s residence in downtown D.C. Friday as protestors advocating on behalf of imprisoned Russian punk rock band Pussy Riot expressed their ire with the Kremlin.