Defense Secretary Ash Carter is warning Congress that its efforts to pass new contested legislation would lead to the disclosure of highly sensitive classified intelligence and open up U.S. troops to prosecution by foreign entities, according to a communication sent by the Pentagon leader to a top lawmaker and obtained by the Washington Free Beacon.

As Congress moves to override a presidential veto of new legislation creating a pathway for U.S. citizens to sue the Saudi Arabian government for its alleged role in the 9/11 terror attacks, top U.S. defense officials are preparing for an onslaught of lawsuits indicting the United States for war crimes.

The Justice Against Terrorism Act, or JASTA, aims to provide U.S. victims of terrorism with a pathway to sue foreign governments. However, the bill is expected to lead to more litigation targeting the United States, its intelligence operations, and troops stationed abroad.

There also could be significant damage to U.S. counterterrorism efforts across the globe.

"I agree with the intent of this bill, which is to honor the families of 9/11 victims. While we are sympathetic to the intent of JASTA, its potential second- and third-order consequences could be devastating to the Department and its Service members and could undermine our important counterterrorism efforts abroad," Carter wrote on Monday to Rep. William "Mac" Thornberry (R., Texas), chairman of the House Armed Services Committee, according to a copy of the communication obtained by the Free Beacon.

A coalition of Iraqis has already vowed to sue the U.S. government for war crimes should the legislation pass, the Free Beacon reported on Monday.

Carter disclosed in the letter that the U.S. military could be forced to provide foreigners with highly classified intelligence as part of potential lawsuits resulting from JASTA. It could also enable foreign individuals to assume control of critical U.S. assets abroad.

"It is likely that litigants will seek sensitive government information in order to establish their case against either a foreign state under JASTA in U.S. courts or against the United States in a foreign court," Carter wrote. "This could include classified intelligence data and analysis, as well as sensitive operational information."

JASTA makes no effort to shield such information, according to Carter.

"There would be a risk of sizeable monetary damage awards in such cases, which could lead to efforts to attach U.S. Government property to satisfy those awards," Carter added. "We could have numerous assets vulnerable to such attempts."

The bill would strip diplomatic immunity for U.S. officials and forces abroad, paving the way for foreign governments and individuals to haul American leaders and military officials into court.

"U.S. Service members stationed here and overseas, and especially those supporting our counterterrorism efforts, would be vulnerable to private individuals’ accusations that their activities contributed to acts alleged to violate a foreign state’s law," Carter writes. "Such lawsuits could relate to actions taken by members of armed groups that received U.S. assistance or training, or misuse of U.S. military equipment by foreign forces."

A congressional override of Obama’s veto of the bill could put the United States in an unprecedented situation.

"Disclosure could put the United States in the difficult position of choosing between disclosing classified or otherwise sensitive information or suffering adverse rulings and potentially large damage awards for our refusal to do so," according to Carter.

Congressional insiders who object to the 9/11 bill for what they describe as its flawed approach to providing U.S. terror victims legal recourse told the Free Beacon on Monday that the United States would face an onslaught of lawsuits if Congress overrode Obama’s veto.

"When you hear critics talk about this bill setting a dangerous precedent, this is exactly what we mean. It’s backfiring before Congress even has a chance to override the veto," said one senior congressional aide tracking the matter. "The U.S. government is unnecessarily exposing itself to countless frivolous lawsuits and jeopardizing relations with a key strategic ally. Although well-intentioned, they need to take this bill back to the drawing board."

Female Politician Speaks Out On Biden’s Unwanted Touching: ‘He Made Me Feel Uneasy, Gross’ 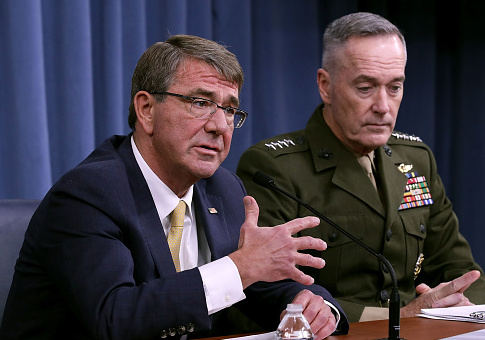 Ash Carter: Obama’s Response to Putin on Election Meddling ‘Was Not Sufficient’ 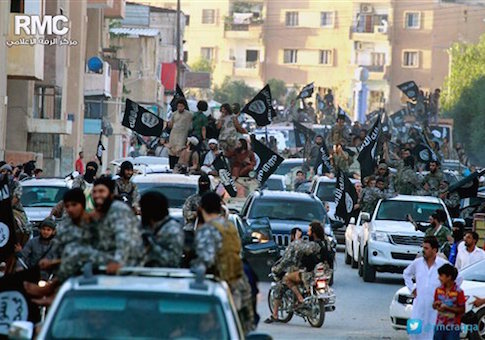 U.S. to Deploy 200 More Troops to Syria in Fight Against ISIS 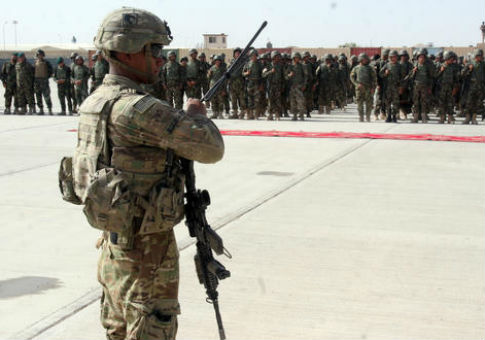 SecDef: Trump Transition Team Hasn’t Come to the Pentagon Yet 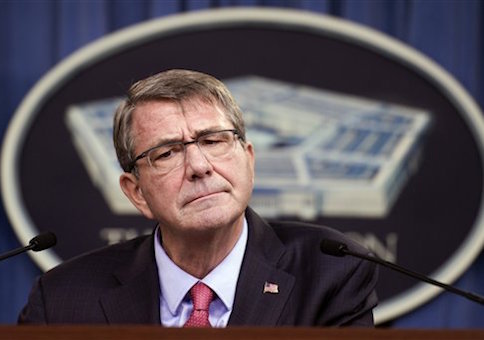 Military May Ease Recruiting Standards Regarding Fitness, Marijuana Use