AIPAC, Paul continue to disagree on issue of PA aid

The Stand with Israel Act, which is not supported by the American Israel Public Affairs Committee (AIPAC), seeks to fully eliminate U.S. aid to the new Palestinian unity government and, in an unprecedented move, rescind the national security waivers that permit Obama to continue aid in the face of congressional opposition.

Paul’s bill has garnered just 17 cosponsors since it was introduced in April, prompting the senator to send a letter to his congressional colleagues urging them to support the bill.

In his note, Paul criticized AIPAC’s moves on the issue. He argued that current U.S. law preventing taxpayer aid from flowing to a Palestinian government that includes Hamas is not strong enough due to the inclusion of national security waivers, which allow the president to disregard a law in the interests of U.S. national security.

Meanwhile, sources within the pro-Israel community have told the Washington Free Beacon that congressional appropriators have already stopped U.S. aid to the Palestinian government and have no plans to continue sending funds in the near future.

Paul is hoping to make U.S. law on the matter even more stringent.

Current U.S. law "contains a significant waiver authority that would enable the Obama administration to continue providing assistance to the Palestinian Authority even if the Hamas-included government failed to meet any of the fundamental conditions provided for in law, such as dismantling terrorist infrastructure or ceasing anti-Israel propaganda," Paul writes in the letter.

"Non-binding resolutions and waiver-ridden legislation will not stop American funds from flowing to Hamas. Only strict language will prevent Hamas from receiving U.S. taxpayer dollars," Paul writes, referring to several congressional resolutions that have been forwarded in the days since the Palestinian Authority inked a unity deal with Hamas.

"It is unlikely that the president can be counted on to enforce accountability," the letter states.

Paul’s bill would cut off U.S. aid to the Palestinians until the president has certified on a yearly basis that the P.A. has publicly recognized Israel as a Jewish state, renounced terrorism, purged terrorists from all areas of the government, ended its funding for anti-Israel and anti-American propaganda, and publicly vowed not to start war with Israel.

It also cancels "presidential waivers that would otherwise allow American funds to go to Hamas."

Obama administration officials and their allies have argued that U.S. aid does not need to be cut due to the technical nature of the unity deal, which does not directly install Hamas officials into the government.

However, Paul and others maintain that Hamas has in essence been brought into the governing fold and that U.S. aid should therefore be stopped.

"Those conditions must demand results from the Palestinian Authority, and those conditions should not be subjected to waivers that could be used by this administration, which has used waivers and creative legal interpretations to avoid the clear intent of Congress at seemingly every turn," Paul writes.

AIPAC opposes Paul’s bill and the two sides have publicly gone after one another on the aid issue.

Paul continued that fight by taking aim at a recent AIPAC-backed letter to the president on the aid issue that was endorsed by 88 senators.

Paul, one of 12 senators who did not sign the letter, called the missive weak and ineffective.

"Congress should not pretend that a non-binding letter to the president will keep taxpayer money away from a Palestinian Authority government that includes a terrorist organization like Hamas, and we cannot simply ask the president to hold the Palestinian Authority accountable and hope he follows through, especially when his actions to this point have demonstrated the opposite," Paul writes. "Congress should act right now."

AIPAC has signaled that Paul’s bill is a no-go for the organization.

"We are not supporting the Paul bill," an AIPAC insider told the Free Beacon when the legislation was first released. "We believe the law currently on the books is strong and ensures that aid is contingent on key conditions that help maintain America’s influence, keep Israel secure, and advance the peace process."

Mainstream pro-Israel insiders continue to oppose the Paul bill and argue that AIPAC’s tactics are more likely to produce results.

House appropriators, for instance, have told the pro-Israel community that no U.S. aid is currently flowing to the P.A. and will not again going forward.

"That in and of itself makes [Paul’s] legislation redundant," said the official. "On another level, the elimination of the waiver authority is never going to become law because virtually every piece of national SEC legislation has waiver authority. Even if Congress were to eventually pass this legislation—and there’s not precedent for doing this—it would be vetoed."

Senior Paul adviser Doug Stafford said that organizations such as AIPAC and others who oppose the bill are being naïve.

"We don't trust the Obama administration to act here and no supporter of Israel should," Stafford said. "Senator Paul's bill would make sure of it and anyone committed to the aid actually getting cut off would support this legislation, rather than sending ‘pretty please’ letters to a reluctant administration."

However, there is little precedent for a president to ignore Congress and exert national security authority when it comes to appropriation matters. Obama has not signaled at this point that he will ignore Congress’s wishes.

"The bottom line is that there is a strong consensus, particularly among those who have responsibility for the money on the Hill right now, that it should not go forward," said the pro-Israel official. 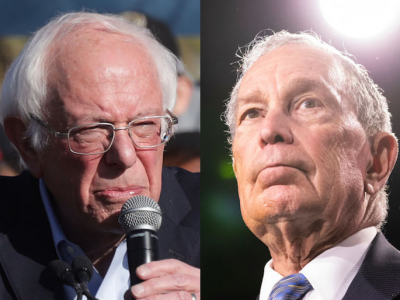